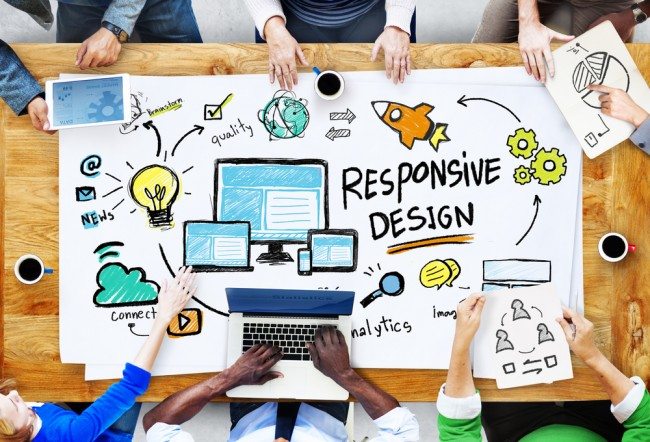 As with any industry there are misconceptions of those within it that are accurate and incorrect – here are five of the most typical examples of the latter alongside the real stories for each.

1) Any decent Web Developer worth his salt will be able to get your product ranking #1 on Google.

Arguably the most fantastical opinion on the list, and totally illogical unless one is willing to throw big money at the project – and even then nothing is set in stone or screen.

The algorithms that the search engine giant uses to order its rankings are a closely guarded secret, and of course Google likes to keep us all on our toes by moving the goalposts every 18 months or so – Sky News reports on new changes that could punish non mobile-friendly websites, creating a scenario of ‘Mobilegeddon’.

Yes, SEO experts can tell you how to give your site a better chance of gaining traction by creating a clear optimised structure with good links, influence, and content, determining the keywords for which your audience may be searching.

A developer can help you give yourself the best chance of gaining traffic, but remember that any competitor with intelligence will attempt many of the same tactics you will, simply because they know as much about Google as you do – and may be working just as hard.

2) Being a web developer is easy. Working 9 to 5 sounds great to me!

The best Web Developers are usually wearing oversized headphones and working on a Macbook Pro at 2pm, sipping languidly on a café latte in a downtown Starbucks, right?

Sometimes. And that coffee will really help when a website project collapses at 3am and the business owner frantically calls up in a state of terror for technical support. Or when a long-term project is hitting roadblocks as deadline approaches for a multi-million pound company’s new site.

Every company has pressure points, and in the 21st century the web developer is often at the hotspot. It’s challenging, it’s exciting, and it’s interesting, but it’s certainly not easy – to find out about some of the exciting IT roles that companies such as comparethemarket.com offer, click here.

3) Web Development is easy! If I can build a website using Wix in an afternoon, then why do I need pay someone else?

Wix.com, 1and1.co.uk and its contemporaries have given companies or individuals the chance to build their own showcase of work, create an online presence, and harness other vital possibilities of 21st century e-commerce.

But there’s a tipping point, and one which is obvious; if it were as simple as subscribing for a few pounds a month to a host, with five minutes of tinkering every day, then every company would be eschewing spending hundreds of thousands of pounds a year to build its websites and just spend a few quid.

4) Everybody knows you need to go to university to learn how to code and become a Web Developer. Even then, only the best developers can actually find a job.

Don’t misinterpret point three – it is perfectly possible to create a coherent, logical and attractive website without the help of outsiders, and university degrees in web development or design will undoubtedly open doors.

It will take time to study from home, or night classes, but the interconnected world of the internet gives you the classes, online courses and feedback to make your own mark within it. If you can prove yourself and pick up the certificates, as well as enough references and inertia to gain a reputation, a lack of degree need not be a deal breaker.

5) All Web Developers are just natural designers – it comes with the territory.

Just as all house builders are great artists, right? And let us not forget that all

journalists have fantastic shorthand and page layout skills, and all bakers are excellent cake decorators, and so on.

Designing is art, storytelling, problem solving and creativity. Having an eye for what works on a page, having the nuts and bolts ability to build it, and having the bravery and ingenuity to take the process further to create jaw droppers such as these, are three very different skills.