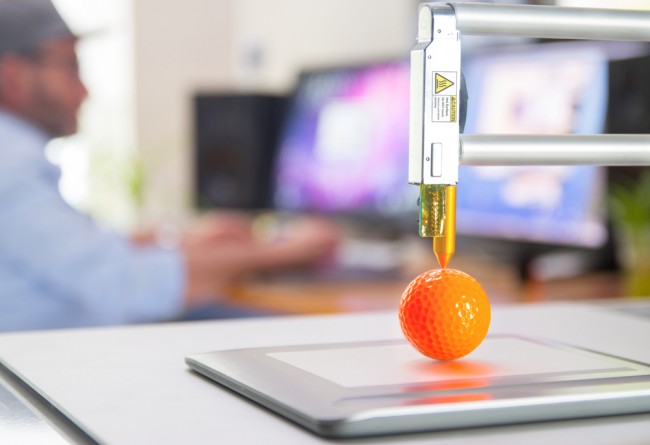 It is therefore more important than ever for businesses to embrace emerging and disruptive technologies before it is too late – ignoring them now will leave businesses falling behind and questioning what might have been as a potential competitive advantage slips through their fingers. For example, in 2009 Blackberry was named by Fortune as the fasted growing company in the world, yet after remaining stagnant for five years it was forced to play catch-up, not only to Apple but also to the whole mobile industry. Businesses must learn from the mistakes made to avoid falling into the same traps.

John Cooke, managing director at Black Pepper Software investigates the technology trends which will take the business world by storm and why companies must embrace emerging technology to avoid becoming industry laggards.

2015 saw the popularity of 3D printing skyrocket and it has been predicted the global industry will be worth approximately £14.5bn by 2020. Although this technology has predominantly been used in a B2B environment, consumerisation will open new commercial opportunities such as using the technology in high street stores. It is therefore vital for businesses to find ways to take advantage of this emerging technology.

For example, there are manufacturing businesses which are yet to embrace 3D printing and are already being left behind. In the automotive industry, Ford has been using 3D printing technology since its earliest inception in the 1980s and printed its 500,000th part two years ago. This technology will therefore be a major component of the aftermarket as well as playing a key role in product personalisation, which itself will continue to grow in popularity. Any businesses which fail to get on-board now will fail to take advantage of the increased time efficiency and may fail as a result.

Until very recently, self-driving cars were a thing of science fiction, only appearing in the likes of Total Recall and I, Robot and very few people thought we would see this come to fruition. However, research has highlighted we’re set to see 10 million autonomous vehicles on the road by 2020.

Although every industry which relies on cars for transport on a regular basis will need to consider this technology, it is the travel industry which has the most to lose from ignoring autonomous vehicles. For example, with the vast differences in laws and unfamiliar roads proving a constant issue, I find it hard to believe anyone will prefer driving a hire car abroad when an autonomous vehicle is available. It’s therefore likely hire cars and traditional taxis will soon be a thing of the past, so these industries must act quickly to prepare for this disruption in the market. Failing to disrupt the market by embracing the latest innovations will see industry goliaths fall by the wayside.

The boom in contactless payment use was a huge movement last year, with more than £900m spent using mobile payments in a single month. This will continue to grow in the future and an age where consumers have no use for physical money may be on the horizon. It’s therefore critical for businesses to embrace mobile payments, and fast. Businesses which don’t accept this will soon be viewed as laggards by their customers and will fall behind as a result.

For example, small retail businesses have historically struggled to keep up with the industry giants, such as online retailers and supermarket chains. If they fail to accept mobile payments, while supermarkets incorporate them this will simply act as another reason for the consumer to favour larger retailers. While we’re unlikely to see a cashless system in the next five years, failing to embrace mobile payments now as they take off would be difficult to come back from in the long term. Consumers will lose faith in the smaller retailers and footfall will decrease as a result.

Last year saw the completion of drone trials by the likes of Amazon and its contemporaries and as such the use of drones in the business realm will continue to be a discussion point. Currently, the major issue is security – with drones susceptible to theft or hacking. However, with every passing day, innovative design in this space results in drones becoming increasingly secure so it’s time for businesses to embrace this technology to increase the company’s efficiency in the long run.

Once worries of security and reliability are removed from the equation, the potential for drones in the workplace is endless. As Amazon Prime now offers one-hour delivery in some locations, it’s likely drones will play a big part in this service, increasing business efficiency by virtually automating the delivery. This would then enable the workforce to add value to the company instead and leave the actual delivery to drones. As with mobile payments, if retail goliaths are to offer one hour drone delivery, while smaller retailers stick to next day at the very quickest, consumer attitude to retailers will change – quickly.

Arguably the largest consumer tech launch of last year was the Apple Watch and there is now a growing acceptance of wearable tech, from Google glasses to fitness clothing which offers in-depth workout analytics. This is yet another technology open to use by businesses to increase efficiency, with the ability to capture and receive critical data immediately acting to improve daily business processes.

For example, wearable technology has taken off in the personal health market in the past couple of years, with health-conscious consumers able to analyse their workouts immediately, from tracking distance covered while running, to in-depth analytics of heart rate and calories burned. In the same way wearable technologies have revolutionised the health market, they will also revolutionise how professionals approach business. For instance, key performance indicators could be available at a glance of the wrist while Google Glass might offer a virtual overlay of customer information using face recognition or beacon technology. Imagine the improvement in customer service that this would bring if anyone interacting face-to-face with a customer has key facts about them available instantly. This will act to drive efficiency and enable everyone from the shop-floor to the enterprise leaders to focus on what matters the most – adding value to their business.

As innovation continues to thrive in the modern world, these are just a handful of the technologies emerging which will aid businesses in the future. We simply can’t predict exactly where or what will be the new hot prospect come 2020 but what is clear is, if businesses fail to embrace new technology as it emerges, it won’t be long until they are playing catch-up to the early adopters.