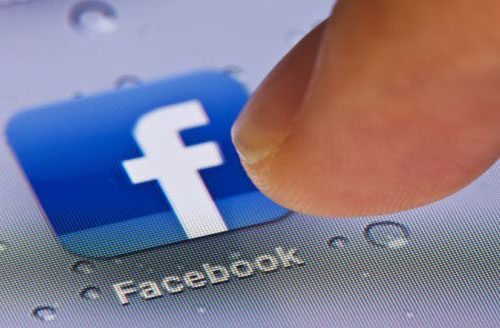 In 2015, it emerged that Facebook was going to be moving into the banking arena.

Facebook didn’t miss a beat when it decided to become the world’s first major social network to enable peer-to-peer money transfers. This is a major development in global financing, and it is going to raise eyebrows in the banking sector.

In terms of sheer numbers alone, Facebook towers above the opposition, and this makes it a tier 1 force in the world. Money transfers, remittances, amount to hundreds of billions of pounds per annum. When foreign workers transfer money back to their home countries, these remittances account for a huge percentage of GDP. The problem with overseas money transfers is the cost involved, and traditional banks are notorious in this realm.

For the most part, there are several companies including MoneyGram and Western Union which dominate these remittances. Even the World Bank complained about the extortionary costs of sending money from one country to another in a 2015 report. It is not uncommon for money transfer companies to levy fees of up to 29 per cent on currency transfers (outgoing wire transfer fees, incoming wire transfer fees, exchange rate fees, bank fees, commissions etc.) on money that is received. As the world’s #1 social media juggernaut, Facebook allows for instant money transfers between clients in the US.

Cross-border transactions are bound to incur fees, as currencies need to be exchanged at prevailing rates from the sender to the recipient. Two years ago, Facebook stressed that it wasn’t trying to generate profits off these payments. However, it has since been reported that Facebook has received regulatory licensing from the Central Bank of Ireland to offer money transfer services throughout Europe.

This has far-reaching ramifications for UK banks, European banks and global banking. Traditional money transfer services like MoneyGram and Western Union will be devastated by these developments, and already they are feeling the pinch. Many of the non-bank entities currently operating in the world offer a range of financial services.

For example, Amazon offers personal loans to small and medium businesses in the United Kingdom, and there are many non-bank entities offering competitive rates on various lines of credit . It is an increasingly competitive arena for UK banks, given that their entrenched positions have made them relatively more expensive than the leaner, meaner and cheaper alternatives.

It’s Not about Banking, It’s about Data and Money

According to McKinsey research there were some 2.5 billion people (2010 figures) who never used banks or micro financing corporations, and Facebook is tapping into this demographic. These people are largely from East Asia, Southeast Asia, Latin America, the Middle East and sub-Saharan Africa which accounts for the largest component at 80 per cent unbanked.

The economies of these regions and countries rely on cash, and cash alone. Digital payments are an anathema since there are no infrastructures in place to facilitate this type of trade. Facebook is attempting to hit these markets hard by developing the necessary infrastructures by providing low-cost Internet accessibility.

The rapid growth of smartphone technology around the world is estimated to hit 5.9 billion users worldwide within two years. Once affordable smartphones are available, Facebook’s banking model will take off. Facebook is in the business of information, a.k.a. data. The more Big Data the company has, the more valuable the company becomes.

Marketing agencies, corporations, governments, retailers, wholesalers, financial institutions, census bureaus and everyone in between wants access to comprehensive data. Facebook has it. The company has the wherewithal to analyze massive quantities of data and conduct extensive market research to determine how to use that data for marketing purposes. With almost 5 billion people expected to enter the middle-class by 2030, these demographic trends are important for global banking.

How are UK banks performing?

If the Bank of England’s recent policies are anything to go by, there may be reason for concern with UK banks. A downturn in economic performance, barring retail sales, is evident with decreasing real wages and increasing inflation.

Recently, the BOE instructed UK banks to provide evidence that their credit policies will not adversely affect them in the event that a Brexit negatively impacts the UK economy. Consumer credit has spiked in the UK of late, and this poses serious concerns to the health of the financial system.

Presently, overall levels of consumer credit account for a fraction less than 10 per cent of all lending done by UK banks to nonfinancial companies and individuals. However, write-offs have been increasing dramatically since 2007 and this is a worrisome new reality. Bank loans to corporations increased in the region of 2.9per cent, and the BOE is concerned that UK banks may not have learned very much from the 2009 global recession.

The vaunted FCA (Financial Conduct Authority) is now structuring a paper to mitigate risks that banks may be facing. All in all, UK banks will be concerned about the downturn in the country’s economic performance, and credit tightening is likely to take root. For now, social media giant Facebook is the smallest concern for UK banks and financial institutions. The more pressing concern is a Brexit without a structured framework in place.