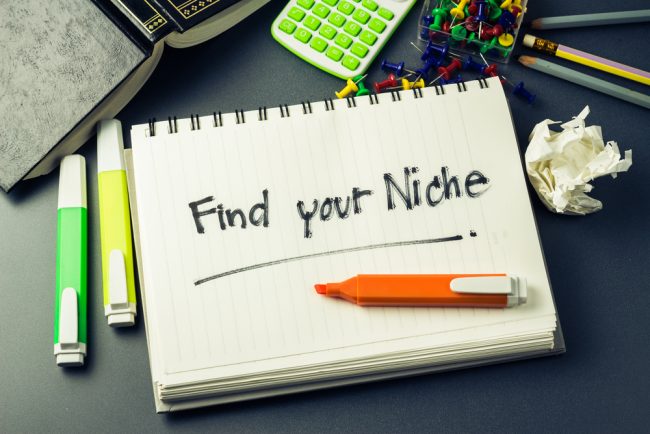 Within minutes of talking with Mike Mindel , serial entrepreneur, film maker , and founder of Wordtracker (for many years the industry standard keyword tool) I formed the impression of an affable boffin with an agile mind who, unlike many, spoke plain English. People call him the “grandad” of digital search as he started mining its possibilities in 1998, years before Google. More importantly it was evident that many businesses bring a knife to a gun fight in the way they approach marketing and communications.

The shift from traditional to digital marketing has been as dramatic as the move from horse drawn to automobile traffic. Our range of travel, speed of travel, connections to people shifted dramatically and literally overnight with the arrival of the car. Likewise, with digital marketing, business now has the opportunity to target every niche anywhere at any time so long as they have the right tools. That is the big rule of niche marketing, you need to have the right tools. And yet many UK businesses don’t use the right tools, and are still making bayonet charges on a battlefield where machine guns make them costly, dangerous and ineffective. The stats bear this out.

The 2011 UK census showed that with nearly 20m internet connections, 80 per cent of the population is on line and targetable in the UK. With the average user spending 40 hours a month on line they spend 25 per cent of their disposable income on the web. EmailMovers.com show that of the 5.4 million businesses registered in the UK with a combined turnover of £1.8 trillion only 2 million are currently trading, and shockingly, only 1 million of those have a working email address or an on line presence. This means that only 18.5 per cent of UK businesses are currently on line. And here lies the opportunity for growth.

Social Platforms are the opportunity

The on line social platforms present eye watering business and marketing opportunities. Google Handles 63,000 searches per second which extrapolates to 228 million per hour and 2 trillion per year worldwide says searchengineland.com.

Facebook has 32m UK users daily (almost half the population) with 72 per cent of adults visiting it at least once a month and 77 per cent of B2C companies achieving sales on the platform. Constant updates of Facebook’s marketing capabilities mean users can target customers not just by demographics but by psychographics (needs and interests) too. LinkedIn with 19 million UK users (29 per cent of the UK population) can be seen as a Facebook for professionals and business.

In July Instagram reported 14m active monthly users in the UK and 400 million active users worldwide. With 39 per cent of its UK users aged 16-24, 64 per cent being female, and 80 million new photos uploaded worldwide daily, this platform is a must for visual businesses in the food, fashion, beauty and fitness industries.

Twitter leads the way in breaking news with its last reported figures for 2013 in the UK claiming 15m users. Twitter says its promoted tweets return 88 per cent of its advertising revenue, and that it holds 2.6 per cent of the global digital adverting market.

The facts speak for themselves. Mass marketing is dead, Niche Marketing rules now and will continue to rule going forward. Businesses can now target any group with special interests in any location that they want, and size is no impediment to success. This is the world of the David’s, and the Goliath’s, the large multi-million pound corporations with huge budgets can’t guarantee dominance just because they have a huge footprint.

In a world of permission marketing where sellers need customers to buy-in by allowing them to gather and use their email addresses, everything depends on the engagement that follows when that permission is given. Permission marketing rather than mass marketing is what makes email marketing so direct, focussed and effective, commanding the highest ROI of all digital marketing activity. Victory goes to those who can clearly identify the needs and wants of the huge variety of customers out there, and the niches which they create and belong to. In short, those who can identify their markets.

Words define our “lacks” and Markets.

Mindel quotes psychologist and on line marketing expert James Lavers to highlight the importance of words in identifying markets. “Our gaps or needs are defined by the words we use to express them!”. Digital Marketing success thus becomes a case of finding the key words that people use to find the products, services, activities, that they lack. “To be successful, every business has to become an on line investigator of people’s lacks and how they define them,” Mindel asserts. That is why he is aiming to make Wordtracker the place for everyone to go for reliable keyword search data so that his users can find what people want online. “That,” he says “is precisely the information entrepreneurs need to create new startups and enhance existing Businesses.”

The implications of niche marketing and digital search for my own business of public Relations are enormous. Firstly, it has spawned a huge diversity of media, catering to sometimes very specific needs of their readers. In 2006 there were 3 million blogs, by 2013 this had grown to 152 million. Almost any business can find a corresponding audience and medium to target that audience using the right on line tools and this trend gave rise to the appearance and growth of on line PR agencies like JournoLink . With the right tools, startups and small businesses, particularly in straitened, post Brexit times, can not only compete but thrive by clever niche marketing at a fraction of the budgets the Goliath companies used to burn.

Mass Marketing is dead. Niche marketing has arrived. The big question is: are you tooled up for it?