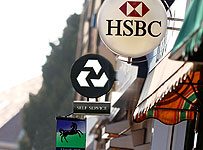 While some of the big banks in fact achieved their targets under the scheme, overall they fell short of providing the promised £76 billion to SMEs by a considerable £1.1 billion.

Scrutinising the figures still further it’s likely the amount of new lending getting to small firms is not great. For example, we know from our members that banks frequently repackage overdrafts as loans and also including invoice finance in their calculations. Take these arrangements out of the equation and the lending picture is even less rosy.

Project Merlin’s end should serve as a timely wake-up call to lenders. They must now redouble their lending efforts to ensure finance is available to firms which need it most. Despite recognising the banks’ assertions that demand is down there remain legions of SMEs which need to access affordable finance.

But, with a crisis of confidence in lenders evident, they are turning instead to friends, family and even their own personal credit cards – not long-term solutions.

Post-Merlin, it is now time for banks to provide more assistance to small firms by offering better value products, simplifying their lending criteria, and putting a greater focus on relationship banking.

Yet the steady erosion of local bank branches and subsequent services, according to our members, suggests that achieving this might be difficult. The Campaign for Community Banking Services (CCBS) reckons that more than 7,500 branches have closed since 1990 – or 44 per cent of all local banks.

In parallel, the relationship between banks and businesses has soured further as a result of over-centralisation of lending decision making. This trend is continuing as banks race not to be last branch standing in a particular community.

It has been suggested that banks see the Government’s silence on the issue as a licence to escalate closures, so it’s down to MPs to speak up and be heard. It’s one of the reasons why we’ve teamed up with the CCBS – together our voices will be louder.

We are also lobbying for bank infrastructures to be improved as part of our Get Britain Trading 2012 campaign. To join us visit www.getbritaintrading.co.uk, or for more information about the Forum call 0845 130 1722.