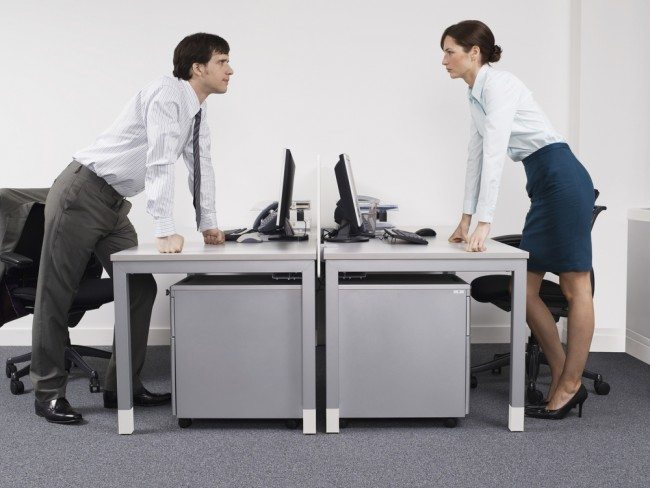 A recent employment tribunal might give us an idea of how to, or rather how not to, handle employees who have strong political beliefs.

The case was that of Henderson vs. GMB – where the plaintiff Henderson brought claims of direct discrimination and harassment on the grounds of his political beliefs.

He maintained that he had been subject to various incidences of unwarranted conduct from the GMB union, which created an intimidating and at times even hostile environment for him to work in. And this was all apparently due to his ‘left-wing democratic socialist beliefs’.

An example of the conduct that he was alleged to have been subjected to was being shouted at for being ‘too left wing’ in handling the organisation of a picket line, and he was given additional time consuming work and requirements to produce written reports – supposedly trying to force him to quit his job or justify disciplinary action.

Whilst on appeal Mr Henderson’s claim for harassment failed, the evidence suggesting the harassment was not sufficiently serious and there being no proof that attitudes towards Henderson’s beliefs had anything to do with his treatment, there was an important point made by the presiding judge; this did not set a precedent that strongly held political beliefs are not protected under the Equality Act.

Whilst we have seen here that the GMB do not appear to have treated Henderson poorly because of his beliefs, it is important for employers to consider how their treatment of their employees can be construed. After all, no one wants to end up in an expensive tribunal if they can avoid it.

As long as someone has a deep set philosophical belief, this could cover a political belief (despite it not being explicitly covered by the Equality Act). In the Explanatory Notes to the Act, the government has set out that in order to be protected the belief must be:
• genuinely held
• not just an opinion or view on something
• having an actual impact on their human life and behaviour
• a serious, cohesive belief – as opposed to being made up on the spot to suit
• worthy of respect in a democratic society and doesn’t conflict with anyone’s fundamental rights

If they fulfil these conditions, the employee has a protected characteristic which means employers should avoid it affecting decisions made by anyone when working with that employee.

How can the Equality Act be applied in this situation though? If you don’t know the terminology, we have the main points that might affect employers here:
• direct discrimination – treating staff differently to others, or others more favourably, due to a religion or belief, or even that of someone they’re associated with
• indirect discrimination – putting a policy or practice in place which applies to all, but disadvantages some. E.g. no jewellery for hygiene reasons, which might discriminate against certain religions.
• harassment – when you create a degrading, humiliating, or even offensive environment to work in for someone of a particular belief or religion
• victimisation – happens when anyone feels unfairly treated for supporting someone who has been discriminated against or harassed

Whilst lively debate in the office is unlikely to cause many real issues for employers, difficulties could arise if an employee is treated differently or singled out because of their political beliefs. Especially if it affects their relationships with other staff, or even customers.

As such, if their performance changes, take into account whether the environment in which they are working has been intimidating or hostile towards them, when deciding whether any formal action under your Capability or Disciplinary Procedure is necessary. This will affect how employers’ disciplinary processes are conducted, employers wouldn’t want to be accused of discrimination on the grounds of political belief should they decide they need to go through a dismissal procedure or performance management.

If it is becoming an issue following the election, it is essential for employers to communicate clearly with staff and manage their conversations if you can. We aren’t suggesting an outright ban on political debate, but ensuring that things don’t get too heated is certainly important.

Political views are tricky things to manage, but might become more vocal over the next few weeks and months. You wouldn’t want this to impact upon your business, so it’s best to take steps to protect yourself and your employees from any strong views that might come up.

So the main things are to communicate, be fair, and keep equality in mind as much as you can. This should help you to effectively manage difficulties surrounding political views in the workplace.