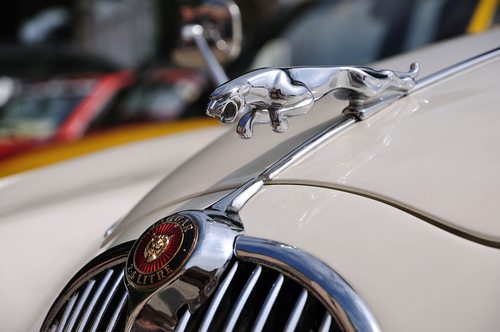 As a percentage of GDP, manufacturing has decreased from ten per cent in 2000 to around six per cent in 2010, yet there are great examples of low-volume manufacturers thriving in the UK. Where Britain’s manufacturing sector continues to flourish is in technical products, where the British reputation for design and engineering is world-class and that presents entrepreneurs an opportunity to tap into the type of manufacturing that has built global brands like Rolls Royce and Jaguar LandRover.

Needless to say British innovation and entrepreneurialism needs manufacturers, and in order to retain our world-class status for R&D and for the sake of the UK economy, more of Britain’s small businesses should be exploring using British manufacturers. The reality for small business is that China, as the default option for cheap manufacturing, is no longer a guarantee, wage and transportation costs globally are rising and so too are both quality and ethical concerns.

The latest government initiative Make it in Britain was announced last year but has received nearly no press coverage and currently looks little more than a fashion parade, a lot of style but little substance. The urgency for investing in local manufacturing however couldn’t be greater, as the trade deficit continues to deepen, exports in 2010 stood at just £428.6bn against imports of £477.9bn. The stark reality facing the UK economy is what we do when prices inevitably rise on goods manufactured abroad when we no longer have the capacity to produce goods here at home.

And the key is SMEs, the targeted growth centre of our economy and the type of businesses who often require relatively low initial volumes when bringing a new product to the market. The drive towards new technology has enabled smaller organisations to manufacture components and complete assemblies that were previously restricted to those larger manufacturers with big machinery. Collaboration with other specialists, designers and services however, amplifies the skills, capability and capacity and networked small businesses can add the value of a low cost of financing, faster delivery and improved service.  The ability to produce smaller production runs locally and more cost effectively opens up the enormous opportunity for startups, inventors, entrepreneurs to invest in designing more individual products, enabling more ambition in design and thereby more consumer choice. It doesn’t just mean more goods produced locally, it means more innovation and creativity, protected by UK intellectual property law and with increasing access to tax incentives.

So unless an SME is looking for high volume production, it often makes more sense to find a willing partner at home. And therein lays the problem, a lack of understanding and willingness amongst UK businesses and manufacturing to collaborate and partner with startups and SMEs.

Established industries are often wary of change and there is a critical need to invest in British manufacturing, both financially and in terms of skills and training, dragging infrastructure and attitudes towards startups out of the 19th century and into the 21st. Government and the dozens of quangos that promote business and industry, need to do their part to stimulate investment and simplify information provision and create continuity. Currently if you visit the Business Link website, one of the first messages on manufacturing which greets you is ‘its often cheaper to manufacture abroad’.

British manufacturers need to be incentivized to work with startups and growth businesses, not just the Rolls Royces of the world, in a spirit of collaboration and partnership as it is often at the point between innovation and manufacturing that failings of UK SMES are exposed. And that requires a change of business culture and an understanding that the supply chain isn’t simply a collection of disparate companies operating for themselves. Business in 2012, during a lingering recession is about partnership and investing in long-term ecosystems of growth. If Chinese firms can offer preferential financial arrangements in terms of advanced payments, then British manufacturers need to match or better those agreements. We need to demolish barriers to entry and to stop simply accepting that outsourcing manufacturing to China is a given.

2012 is a fashionable year for all things British and manufacturing should be no exception. The combination of high fuel prices, global logistical complexities, environmental impacts, increasing global labour costs and lead times should be consider alongside new government initiatives to reward and encourage regional growth and a growing global interest in British quality and heritage. These factors should be reason enough for SMEs to review their strategy and to strongly consider building partnerships locally to enable them to bring elements of manufacturing back to the Britain.