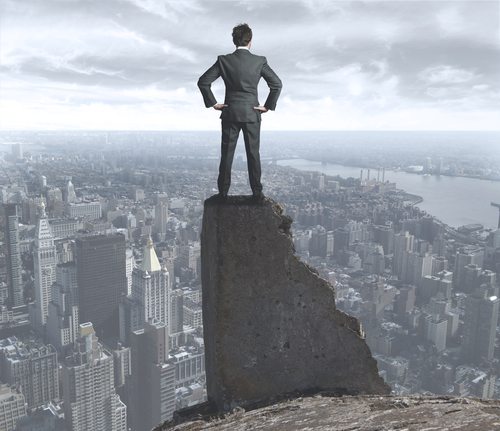 Every leader, be it the CEO of a major multinational or a start-up entrepreneur will at some point find themselves in a situation where they are feeling the heat. There’s a stigma attached to failure and a perceived weakness when things go wrong but at the same time there’s a widely held belief that you only find out how good a leader you are when you’re up against it.

Regardless of whether we are managing a multinational or a startup, difficult and uncomfortable times require us to show what we are made of. What defines us is the courage we show in dealing with the situation effectively and consistently. So looking back over the past months leadership catastrophes here are five top tips for leading under pressure:

1. Perception is Critical to Your Course of Action
It’s critical to understand how you are perceived by those you are facing up to and what your track record says about you as a leader. In the case of the Barclays and JP Morgan CEO’s, Bob Diamond and James Dimon, both lead institutions tainted with the stigma of the 2008 financial crisis. With JP Morgan facing up to a $2 billion right down due to rogue trading and Barclays facing $300 million fines over rate fixing they face a public whose tolerance is at an all time low.

Diamond’s reaction was to immediately waiver his annual bonus saying he wanted to act as a “good corporate citizen” but Dimon’s reaction has been somewhat more inexplicable. His repeated use of the phrase “the buck always stops with me”, has been seized upon in the press, mainly due to his constant refusal to be drawn into committing to hand back the $23 million in salary and bonuses which he was awarded for 2011, a year in which the company’s stock dropped 22 percent.

2. Identify the Line of Least Resistance
“Sorry” might be the hardest word but it remains the most direct route to public forgiveness. A genuine apology will have this word right at the core but it is critical you are authentic in your response. Be honest about the facts and don’t avoid the issue.

You are far more likely to be forgiven for errors in judgement if you understand your strengths and have a clearly considered plan to recover the position that plays to your established strengths.

In Barclay’s case, wrongdoings were admitted, record-breaking fines were accepted, bonuses waived and a culture change promised. But it was soon evident that this was insufficient to appease the general public and specifically shareholders who will ultimately foot the bill for the banks indiscretions. First the Chairman and then Diamond and his COO announced they were standing down, a decision seen by many as inevitable.

3. Avoid the Blame Game
James Dimon’s “the buck stops here” catchphrase is a classic example of a CEO attempting to appear in control whilst in private he was ensuring the axe was swung far from his own head. CEO finger-pointing is unseemly regardless of whether the wagging finger is at someone within your own organisation or at a third party. Change in light of an organisational error may be an important part of rebuilding your businesses reputations but there is a time and a place to conduct your restructure.

In what is likely to become a textbook example of the ‘blame game’, Facebook’s catastrophic IPO looks set to be played out in the courts for years to come. It was one of the most anticipated share offerings ever, but descended into one of the worst-performing IPOs in American history after a technical error at the Nasdaq stock exchange saw share prices plunge in early trading. It’s clear from initial documentation submitted as part of over 40 consolidated lawsuits that Facebook and CEO Mark Zuckerberg have placed the blame firmly with Nasdaq, whilst the company’s bankers Morgan Stanley have come under repeated criticism for making “materially false and/or misleading” filings in connection. Passing blame is a recipe for a long and protracted defensive battle.

4. Skip the Cover Up: The Truth Will Always Out
Not to be mistaken with passing the buck, the classic cover up is simply a one-way ticket out the door. Yahoo CEO, Andy Thompson didn’t just try to assign blame but fatally tried to cover up his error. Instead of saying, ‘I made a mistake,’ the cover-up became the centre of the saga, after a simple Google search uncovered that Thompson had lied about his academic degree.

Thompson claimed that he had never reviewed his own CV and told senior Yahoo executives that a junior intern at the executive search firm who placed him at his previous employer, PayPal, had made the error. Of course, executive search firm, Heidrick & Struggles, were having none of that and got in touch with Yahoo providing the company with the original inaccurate information it had received direct from Thompson himself. Thompson left Yahoo just a week after the controversy erupted bringing to an end a four month tenure which saw him claim a $6.5 million payout- a decision that will do his future career prospects no favours.

5. See Through the Changes You Propose
The course of reparatory action you decide upon must be transparent and consistent with previous or like for like decisions. Most importantly an apology is nothing without an action. If you apologise and say you’re going to see through a change in culture or that you will behave differently and then don’t, you are risking the issue returning to haunt you with questions not just about your judgement and your courage, but also your trustworthiness.

Not only do you risk the wrath of all those concerned but you compromise the trust and respect you have earned in being allowed to correct the original error. James Dimon has pledged a change in banking culture; it’s a story we heard time and again in the aftermath of the 2008 global economic crisis but he is relying on his personal reputation to survive the latest scandals. Dimon was voted 2011’s CEO of the year having turned around JP Morgan after it had to accept $25 billion in government-backed loans. If he fails to see through on his promises, he will almost certainly end up going the same way as Mr Thompson and Mr Diamond.

Final Thought
Leadership is about continually learning and attempting to stay ahead of the game. Whether you are managing a dynamic start-up or corporate giant at some point mistakes and errors in judgement will happen, FACT! But it’s what you do when things go wrong that your true abilities as a leader will emerge.

It is critical in managing a future crisis that you come to the realisation that your entire career has been building up to and preparing you for this day. Establish and build a reputation for fairness, honesty and decisiveness and this will serve you well in the eyes of those you may one day be facing. An effective leader is surrounded by a team who are supportive and compliment his or her talents; doing what is best by the team and stakeholders in an authentic and honest manner will best prepare you for when you face the music.

Bradley Starr
Bradley Starr is a serial entrepreneur who founded and built Miller Starr, before exiting to MRM Worldwide (Interpublic), where he joined the Global Executive Board between 2001 and 2008, with joint responsibility for over 2,000 staff in 35 offices, key global client relationships and global marketing data and analytics services. Bradley’s latest venture, Bizantra, the all in one complete management system for startups and small businesses that enables closer collaboration within and between businesses. In 2003 he received the HK McCann Leadership Award for outstanding business leadership and is a regular contributor to a range of business press and has been featured on BBC News.