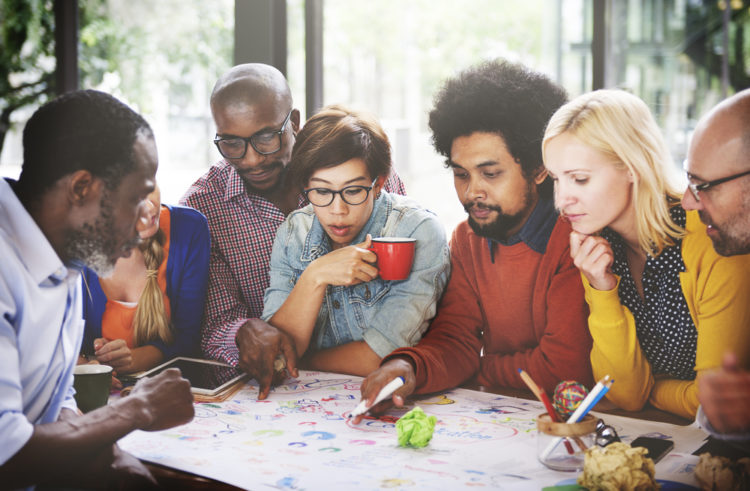 Tom Adeyoola, founder of Metail talks to Business Matters about how to make diversity work in your organisation.

I remember several years ago watching Megan Smith speak, who was then leading new business development at Google before going on to later become the third CTO for the US and assistant to President Obama.

The one thing she said that has stuck with me was her comment on diversity. It wasn’t wrapped up in anything altruistic or deemed ‘snowflake’ liberal, but something that was straightforward, practical, simple and unarguable.

If you want to have a global company selling to global consumers, then you need to have a diverse workforce that represents your consumer base. If not, then you will never be able to truly relate, empathise and build products that these consumers will love. Additionally, you will not be able to understand, adapt and react to consumers fast enough.

It’s that simple. And by diversity we need to think not just male/female and ethnic, but also in terms of social demographics too.

Diversity isn’t just smart for business, it enhances the culture, empathy and general decision making across the organisation. You aren’t likely to drift into ‘group-think’ if you have different people in the organisation with different frames of reference and this will make the company more agile and resilient to naturally difficult times that always arise.

Businesses need to work harder to create balance in order to see balance in society; the impact is two-way.

At Metail, we make technology that let people try on clothes on their virtual self anywhere, anytime. It’s for women only at the moment and we don’t have as many female developers as I would like.

We work hard to source female talent, but we are still fighting the lack of diversity in the pool. In our departments outside of tech development our mix is more representative.

As our aspirations are global, we also work with partners from South Korea and India to China and as such it has been important for us to build up an international team of talent.

Consequently, we have been able to leverage the languages and local knowledge in the team to enter every market with speed and confidence.

Social demographic is important too. We want our product to be used by everyone. We are a living standards employer, so all internships are paid at the relevant living wage across our London and Cambridge offices to ensure maximum opportunity and social mobility for prospective talent.

We’re not restricted to the white London living upper middle classes, who can afford to live at home and work for free. Likewise, in our Cambridge office, despite our 14 PhDs tech tests are a key component of the evaluation process and we have quite a few developers, certainly in the less academic heavy fields, who have never been to University.

We’re also taking young people from local schools and giving them work experience, giving talks at schools to help aspiration and in turn creating internships where and when we can. If we as a startup can do this, there is no excuse for all businesses to step up.

When I looked to bring in a non-exec director from the fashion industry on starting Metail, there were just two female CEOs (albeit Angela Ahrendts was the highest paid CEO on the FTSE at the time) despite fashion having probably a higher proportion of women to men further down most organisations.  And indeed when I looked to C-level teams across fashion it was still almost impossible to find potential women.

In the end I had to look to the related industry of PR working with fashion. I’ve since struggled to bring women up through my organisation. I’ve witnessed several talented women leaving the tech startup world for a less intense corporate environment with better benefits, often subjugating their careers for their partners in the process, when their male counterparts have stayed, starving me of the next tier of female managers.

I talk to my team at length about how we can do more to bring women through. Are we working hard enough to ensure job specifications don’t have gender bias in them, are we doing enough to make our culture inclusive and far enough away from the Valley ‘bro’ culture of pizza and beers, are we being flexible enough to support families, are we providing enough positive mentors and role-models?

The important thing is to keep asking the question and keep improving and by doing so, hopefully the results will follow. I’ve recently tried to do a bit of walking the walk to go with talking the talk, by taking two months paternal leave at home with the kids, whilst my wife went back to work full-time. “I did it to spend time with the kids, but also importantly to walk in my wife’s shoes and bring a greater degree of balance to our home life, so that my wife can equally drive her career as full throttle as me.

No one ever asks me what it is like to be a CEO and a father, yet almost universally that seems to be the first question asked of any CEO mother in any interview. We’ve got to change our attitudes all round.

We might live in a period of inward looking Brexit and Trump, but when you look at general social attitudes times are a-changing and it isn’t just trendy to jump on board, but it is business smart too.

Join Tom Adeyoola and a panel of digital trailblazers at the Inspiring Entrepreneurs: Internet Icons event hosted by The British Library’s Business & IP Centre on Tuesday 6th February. This is a unique opportunity to grill the founders behind some of the UK’s biggest digital and tech businesses and find out the secrets of their success. For more information, click here.