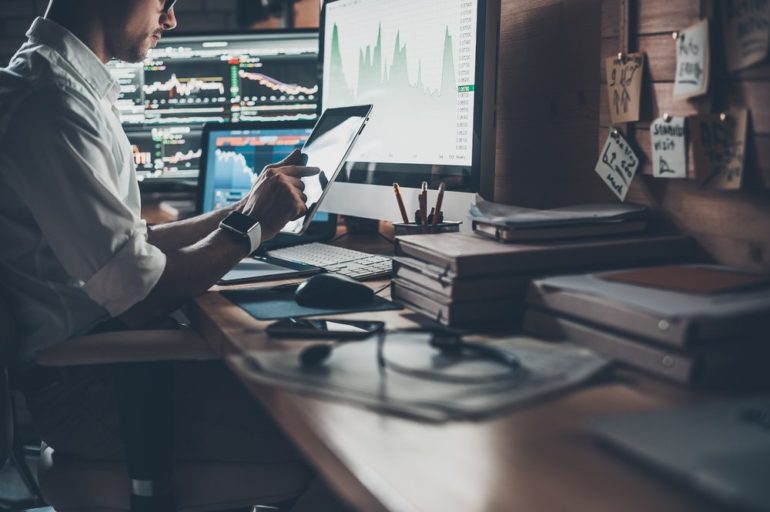 From innovative start-ups devising ingenious consumer apps and gadgets to advances in artificial intelligence and automation revolutionising the world of business and industry, digital technology has come to underpin both our daily lives and the future of our nation.

In fact, according to research from Accenture and Oxford Economics, the UK’s digital economy is second only to the United States, with digital activity accounting for around 31 per cent of our gross domestic product.

However, the more we rely on technology, the greater the opportunity for increasingly sophisticated cyber criminals. Chancellor Phillip Hammond recently stated that the UK security services detected 188 high level cyber-attacks in just three months. Across a six-month period, they also defended against more than 200 attacks on governmental departments and private citizens.

To defend against this continuous threat, it is vital for the UK to maintain a world-leading cyber security industry. The good news is that the UK government is committed to investing both the capital and resources necessary to make this happen. Most recently, the newly announced Digital Strategy is putting an increased focus on digital awareness and skills, aiming to create further opportunities for education and training for people of all ages.

The scheme is also set to create Digital Hubs in developing economies around the world, modelled after the UK-Israel Tech Hub which has so far secured more than 80 international partnerships. The aim is to support British businesses with the local connections and resources they need to collaborate and thrive in new markets, helping smaller start-ups to compete in international markets that are usually the domain of more established companies.

Alongside this broader focus on technology, the government also previously announced an investment of £1.9bn to be spent on cyber security as part of its five-year National Cyber Security Strategy – notably almost double the budget of the previous plan. One of the most important aspects of the plan is a commitment to supporting our security start-ups, making it easier for entrepreneurs to both establish a business and ensure it survives the difficult early years.

The road of a start-up is long and difficult. It’s well known that a high percentage are doomed to fold within the first few years. Aside from these, there is also an untold number of innovative and potentially game changing ideas that never quite manage to get off the ground in the first place.

Many start-ups in the security sector are born out of research projects first devised during university years. Transitioning the brainchild of research into a viable business in the real world is no easy task, and this is an area the government has wisely focused on with the CyberInvest scheme. The programme, of which Becrypt is a member, aims to promote investment into cyber security research at UK universities, as well as establishing a community that brings together industry, government and academia.

Maintaining the UK as a hub for security innovation is more than a simple funding issue of course, we also need the support and experience of the existing tech and cyber community. Encouragingly, several leading organisations have already pledged their support as part of the Digital Strategy. Barclays has the goal of teaching 45,000 more children to code, as well as boosting the cyber awareness and digital skills of one million more people, while Lloyds Banking Group is likewise providing face-to-face awareness training for 2.5 million.

Obviously most companies do not have the capacity to match these kinds of projects, but companies of all sizes can do their part through activity such as offering mentoring or taking part in events such as tech talks and workshops.

Indeed, start-ups and other smaller specialists can often have more to offer new entrepreneurs, since they will usually have faced the same challenges themselves in recent years. Sharing first hand experience and advice can do more to prepare young entrepreneurs for the world of business and tech than funding alone.

However we go about it, it is imperative for us to support a new wave of cyber entrepreneurs if we are to keep our citizens, businesses and national infrastructure safe from the increasingly sophisticated attacks arrayed against them. It is encouraging to see the government treating cyber security with the priority it deserves. Direct funding for the industry, as well as facilities such as the National Cyber Security Centre, which are aiming to increase capabilities for both individuals and enterprises, will make all the difference. By working together we can ensure our future as a world leader in security.

By Dr Bernard Parsons, CEO and Co-Founder of Becrypt