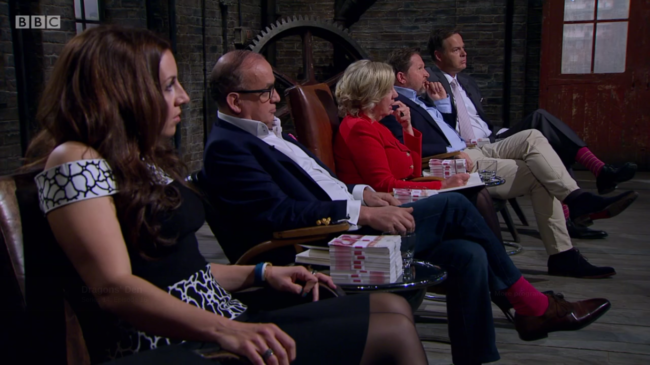 The variety we see each series in the den never fails to amaze me as a viewer – you never know who or what is going to enter from that famous lift.

Sometimes, a simple idea can be just the trick, without the need to make things complicated. This is why Just Bee has made it into my top pitches of this half of the series. Just because they didn’t receive investment, it doesn’t mean they weren’t worthy of a place amongst the top. 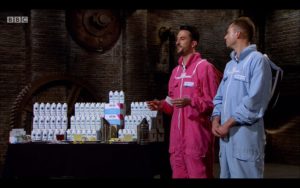 Firstly, they noticed a gap in the market for their product and have gone with it, with the mere idea of using honey instead of refined sugar to sweeten spring water drinks. The craze into healthy food and drink is growing rapidly, so they seemed to have launched their idea at a good time.

Confidence – check. Knowledge of their brand – check. A striking appearance – definitely check! Friends and business partners, Joe Harper and Andy Sugden, strolled into the den making quite an impression in their blue and pink beekeeper attire. If this wasn’t enough to draw your attention, maybe the fact that their products are 100 per cent natural and all under 50 calories, could get you feeling the buzz?

It was clear that this duo had rehearsed their presentation to perfection, as their numbers were spot on – a key and crucial attribute to creating a good impression on the Dragons.

A good pitch doesn’t always mean it has to be invested in. With Deborah disliking the taste of the drinks and the others agreeing that Peter would be the best Dragon to invest, it was clear from the outset that we wouldn’t be witnessing a full-den of Dragons competing for an acceptance of offer.

With Peter pretty keen to get on board, but demanding a higher equity stake than the idealistic share Joe and Andy had proposed, it became a difficult decision for the pair to make. A stinging decision resulted in a rejection of Peter’s offer. 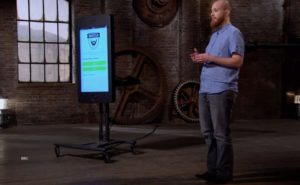 A more obvious choice to allocate a place in my top pitches was hosted by John Kershaw presenting M14 Industries. As this genuine gentleman entered the den and began to explain his business, it seemed very similar to what’s already out there. Being a social and dating app business, there is much recognised competition already existent that he is bound to try and battle against.

John’s idea became interesting as he shared the niche targeting of the apps. For example, one app, Bristler, is a dating app that matches people who like beards, with people with beards – consequently, making it more likely for a match to form. Additionally, one of his social apps, Bump, enables expectant mums to interact and share their experiences with one another.

You know you’ve got to be doing something right if Peter Jones refers to you as “one of the most appealing people to invest in”.

Due to the fact that this pitch was place last in the order of its episode, it was pretty predictable that it was going to get an offer, but maybe not so predictable was that every single Dragon would want in.

John went with Nick and Peter, accepting a collective £80,000 investment, giving up 20 per cent share of his business. 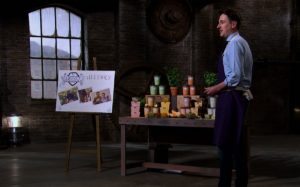 The last pitch holding a top spot is Watmuff & Beckett Soup. This fresh soup business definitely dominated my appetite. Andrew Watmuff, the co-founder, had used his surname and the chef, Michael Beckett’s surname to create the name of the business – which I thought was quite traditional.

Not everyone thought the same about the name though. Peter believed the name to be too long and generally wasn’t fond of it, but Andrew stuck true to his brand by declaring his believe in the name.

With a rather polished pitch going fairly smoothly, Andrew knew he’d attract the attention of health-conscious Deborah when he stated the soups were wheat and gluten free with no additives or preservatives.

Although the Dragons liked the product, the branding and packaging wasn’t such a hit, so much so it put them off making an offer – apart from one.

A £45,000 investment from Nick Jenkins for a 20 per cent buyback offer meant that Andrew walked away with a sealed investment deal. It was surprising that Nick was the only one to make an offer to Andrew, for this entrepreneur, product and pitch were all-round ‘soup’er.

Andy Sugden, co-founder of Just Bee shared his favourite pitch, mirroring one of my own choices – John from M14 Industries: “I thought this was the best because his pitch was really clear, he came across very personable and with loads of personality but was just being himself! (And he ended the pitch by saying… “basically it’s just really exciting!”) He got five offers from the Dragons so his approach must have been good!”