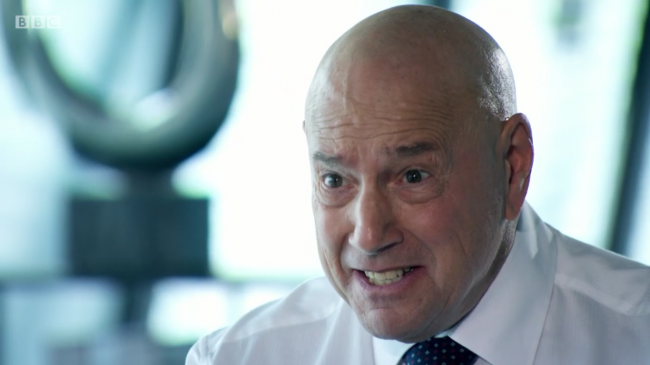 So the Apprentice reached the much anticipated interview stage. Every season Lord Sugar’s advisors dig up something from the applicants’ backgrounds that they would have preferred to keep hidden, and this year was no exception.

Recruiter James White was caught out by Mike Soutar when he was found to have lied about his business’s accreditation, claiming on his website to be accredited by APSCo. When Soutar questioned White he admitted that he hadn’t been able to afford to join, despite displaying the logo on his website.

Linda Platt highlighted claims on his CV that he had left his job ‘under a cloud’ and, under questioning, White admitted that he was sacked for gross misconduct after having approached clients while looking to set up his own business, something he claimed ‘added to his character’. Platt disputed this, saying rather than adding to his character it ‘put a shadow over his trustworthiness’.

Surprisingly, despite both of these incidents, White made it through the interview process to become one of two finalists competing to win a £250,000 investment from Lord Sugar and the chance to become his business partner.

Pam Rogerson is HR Director for the ELAS Group. She says honesty and trust are crucial factors that businesses should always look for when interviewing candidates:

“The interview process is a perfect chance to learn more about your potential employees. While a person can look great on paper, you never really know what they are like until you meet with them in person. No business wants to hire someone who is untrustworthy and there were certainly red flags raised in the case of James White.

“We often hear about candidates making up claims on their CV’s or applications and it’s up to HR to use due diligence to check and verify these claims before inviting someone to interview or hiring them. There is a lot of case law relating to dismissals as a result of lies told on application which has lead to a lot of employers searching social media to help verify claims made. You can also check professional memberships with the respective body.

“There’s a wide range of consequences for people who make false claims on applications and CV’s ranging from simply claiming that they have excellent experience in a certain field when actually they have limited or no experience, to failing to disclose a criminal record etc.

“If an applicant obtains employment and there is a requirement to be qualified in a certain area i.e. for a doctor or nurse then credentials are checked to ensure that they really are who they say they are and are on the required register(s).

“If an applicant lies about a criminal record and tries to obtain work in a protected environment working with vulnerable adults or children, then a DBS check will flag them up as being unsuitable.

“If a company makes claims that they are a member of a professional body or trade membership then there are implications for trade descriptions should these claims be untrue.

“As far as glossing over being fired for gross misconduct, I am sure that there are many applicants who would like to get beyond this when looking for a new job and would advise them that honesty is always the best policy. If I were to discover dishonesty during the interview process, the first thing I would do is highlight it to the applicant. To be honest, there isn’t anything that they could say that would allow me to go beyond their dishonesty, whereas if they were to openly admit to it ahead of time it would give us the opportunity to talk this through during the interview, and I could then decide whether or not they were a suitable candidate based on those discussions.

“If a candidate lies about their reason for leaving a previous employer and a reference is obtained stating they were dismissed for gross misconduct then, as an employer, you would immediately question the applicant’s trustworthiness. This would then lead you to consider termination (if they have already started the role) or withdrawing the offer.

“Most offers of employment state that they are subject to satisfactory references but some employers are fearful of writing references in case of repercussion and will only confirm dates of employment and basic detail as a matter of company policy. It is therefore left to the new employer to establish what they need in order to satisfy themselves that the potential new employee is capable of doing the job they are being hired for.

“Trust and confidence is a fundamental aspect of any employment relationship and if that is breached then it could give rise to a dismissal. Based on what we saw on last night’s episode of The Apprentice, without looking into the situation further I would certainly be wary of hiring Mr White”.