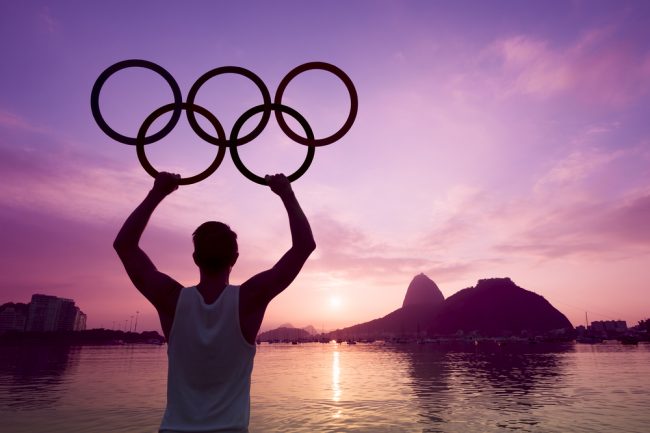 In fact some of the most memorable Olympic highlights included Japan beating New Zealand in rugby, the GB women’s Hockey team’s victory over the Netherlands and Michael Phelps’ defeat by a 21 year old Singaporean. New countries are becoming unexpected competitors. We’ve also seen contenders using partnership to hone their competitive edge – GB’s Brownlee brothers secured gold and silver in the triathlon by seeing each other as partners, but also as each other’s greatest rivals. Mixing up the playing field makes it more interesting for fans but is worrying for the established leaders in the field like Sarah Storey, Jonnie Peacock and Jody Cundy.

Similarly, businesses are facing a more competitive landscape than ever and new companies are coming to the fore, transcending markets. One of the factors that is making the environment more competitive is the use of social media – boosting both the popularity of the Games, and engagement with fans and businesses alike.

For the Olympic and Paralympic Games, social media is helping to grow the profile of individual sportsmen as well as the Games in general. Fans are engaging with the Games in more ways than ever. There are apps a-plenty to keep track of the results, watch on demand and generally engage with the conversation. For businesses, social media is an equally critical part of the marketing toolkit. It can provide “free” engagement with customers without the costs of travel, marketing or PR.

However, there are downsides to social media for companies, which are part of the reason for the increasingly competitive landscape. Social media allows competitors insight and access to information about the thinking of a company for free – content on a plate. It is therefore critical to make sure that your company is approaching social media in the right way.

Many companies fall down with social media because they have not fully defined the specific audiences for each platform and the precise aims of engaging with them. Even within platforms there are different audiences – for example on Twitter, there are both casual consumers and companies who may both be relevant for different areas of your brand. You may need multiple accounts to address different audiences and different approaches at different times – just as the Olympics and Paralympics know it is addressing fans, but also potential sponsors.

Having social media operating in a silo just does not work. Social media goals need to be in sync with marketing aims and the KPIs should be constructed accordingly. This will depend on what you are trying to achieve. Sales targets are straightforward to align with – for example, by measuring click-throughs from a tweet or LinkedIn post to a product page. Brand awareness can be reflected in a growth in the number of followers or participants in a group. For the Games, the more noise from fans, the better!

People expect personalised content. If you’re signed up to the various Olympics and Paralympics newsletters your inbox is probably full every day but it’s only the ones that you’re already really interested in that you’ll click on. By the same token it seems obvious that the content you share with customers needs to be relevant to them. Using data and analytics is critical to determining what is working and what is not.

Rio will soon move out of the Olympic spotlight following the Paralympic Games which kick off this week and Tokyo has wasted no time in starting its charm offensive ahead of its 2020 Games. The “Super Abe” stunt at the closing ceremony, when Japanese Prime Minister Shinzo Abe dressed up as Super Mario, firmly set the tone for the coming publicity campaign. Social media will be a key part of building a buzz and this clear “Cool Japan” brand gives it a strong platform to shape social activity around. In the meantime I’m looking forward to nail-biting finishes and more surprises in the Paralympics.

Ioan MacRae is head of European Midmarket at Avaya. In this role, MacRae is responsible for driving Avaya’s midmarket presence and increasing market share across the EU region. MacRae has a wealth of sales and management experience with midmarket technology companies both in the UK and overseas. Most recently he was General Manager, UK, Ireland and Greece for Westcon Group.
View all posts

Ioan MacRae is head of European Midmarket at Avaya. In this role, MacRae is responsible for driving Avaya’s midmarket presence and increasing market share across the EU region. MacRae has a wealth of sales and management experience with midmarket technology companies both in the UK and overseas. Most recently he was General Manager, UK, Ireland and Greece for Westcon Group.