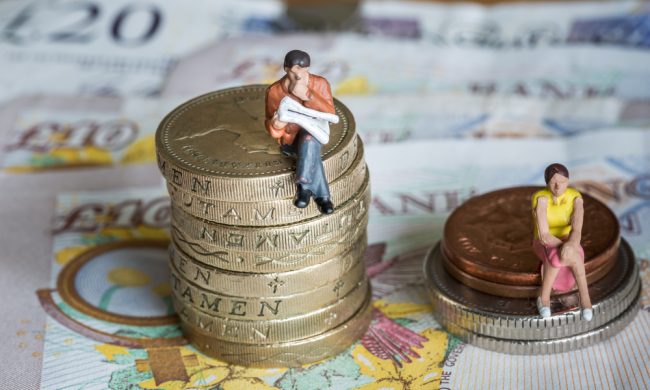 It said a wealth “glass ceiling” appeared to exist, with women a distinct minority of the very wealthy.

A co-author of the report, Alessandra Casarico, said women were “rarer the higher one climbs”.

The UK showed the lowest number of wealthy women in that group among the six countries that could be compared.

Professor John Hills, co-director at the LSE’s International Inequalities Institute, which is publishing the paper said: “Right at the top it is still a male world.”

“Women have managed to increase their representation in the top 10% because of their success in the professions and business, but few of them are among the very wealthiest.”

The researchers said that while examining salary levels was important, the use of tax data gave a more complete picture of someone’s income, such as earnings from dividends, interest and share options.

The report recognised that even that picture could be skewed if a husband transferred some of his wealth to his wife to avoid tax.

The report also looked at Spain, Denmark, Canada, New Zealand, Italy, Australia and Norway, because like the UK, men and women are taxed separately.

The researchers said they did not include countries such as the US because income tax is levied on the joint income of couples there.

The years quoted in the table below represent the most recent tax data that the report’s authors could collect in each country.

The report said although progress to a more gender-neutral spread of wealth had been made among the top 10 per cent of people, women still accounted for less than a quarter of the top 1 per cent earners in all 8 countries.

Co-author Alessandra Casarico, associate professor of Public Economics at Bocconi University in Italy said: “Women now make up more of the top income groups, but they are a distinct minority and they become rarer the higher one climbs.”

“Composition of income is important: In the old days, the rich were those with property; they have been replaced by CEOs and entrepreneurs, among whom women are not well represented.”

Sam Smethers, chief executive of the Fawcett Society said it was “depressing but not surprising” that women were not better represented among those with the highest incomes.

She said: “There are structural and cultural barriers at work here and we have to proactively address them if we want to see more women progress.”

“Unconscious bias, with men recruiting in their own image from informal networks, a male-dominated, long-hours culture and the unequal impact of caring roles, all contribute to perpetuating a no-go area for women at the top. It has to change.”

Frances O’Grady, general secretary of the TUC said: “Despite decades of equality legislation women still face huge obstacles to make it to the top. And nothing will change without better opportunities for women to work part-time and flexibly.”

“If we want more women to break through the glass ceiling we need men to take on more child caring too. Giving fathers their own paid leave would be a good start.”