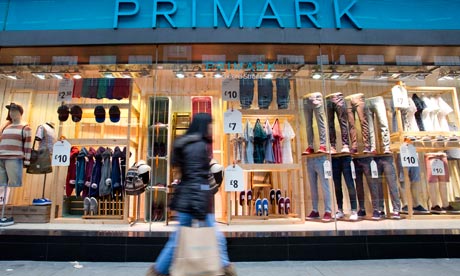 A burst of retail winners have provided hope for the high street after a week of gloom that has seen the collapse of three of retail’s biggest names, reports The Guardian.

Primark and Asos revealed soaring fashion sales despite the economic downturn, while Dixons and Argos revealed strong sales, albeit helped by the demise of the electricals store Comet. Soaring sales of tablet computers helped Dixons, the owner of Currys and PC World, and Home Retail Group, the owner of Argos, to a better-than-expected festive season.

Dixons, the last major electricals chain on UK high streets, said it sold more than 1m tablets, such as iPads and Google’s Nexus, in the three months to January – three times more than in the same period of 2011. Sebastian James, the Dixons chief executive, said shoppers had snapped up five tablet computers a second in the weekend before Christmas.

Terry Duddy, the Home Retail Group chief executive, said Argos had enjoyed its strongest quarterly sales growth for five years as tablet sales soared more than 50%. In the 18 weeks to 5 January, underlying sales at Argos climbed 2.7%. “Christmas was absolutely about technology. People were buying lots of tablets and e-readers and using tablets and smartphones to buy other gifts,” Duddy said.

Shoppers also bought more small electrical items, such as kettles and toasters, and large kitchen appliances, such as washing machines. Duddy said the chain had benefited from reduced competition from the supermarkets, who focused on food over Christmas, and from last month’s collapse of Comet.

Dixons reported a 25% rise in sales of large kitchen appliances. James said: “Once the Comet stores closed, we did see a lot of customers coming across the street to us.”

He described the failures of Comet, camera retailer Jessops, entertainment store HMV and movie rental chain Blockbuster as part of “quite seismic” changes on the high street. “It is quite heartbreaking to see all those great brands disappearing from the high street,” he said, “but the people that will win will be those who really embrace multichannel concept.”

James pointed to a 25% leap in online sales which helped Dixons’ UK business achieve a better-than-expected 8% rise in underlying sales in the quarter.

The popularity of internet shopping was also clear at the online fashion store Asos, which recorded sales up 34% in the UK compared with the same month a year earlier, while international sales jumped 47%. It smashed City expectations with a 41% rise in Christmas sales.

Nick Robertson, great-grandson of tailor Austin Reed and the founder of Asos in 2000, put the success down to cutting the prices of its own brand clothing, which accounts for 50% of total sales. “We acknowledged that prices had probably crept up, while our customers are getting poorer,” he said. Black-and-white themed outfits, bomber jackets, 90s caps and retro trainers were among the biggest sellers.

Asos delivers to 160 countries and is continuing international expansion, with new Russian and Chinese language websites planned for this year.

The high street fashion chain Primark is also expanding overseas. It is looking to France this year after moving into Austria and beefing up its Spanish chain last year. Its top sellers included trendy Victorian-themed fashions, novelty Christmas jumpers and onesies. The chain – part of Associated British Foods group which also produces Kingsmill bread and Silver Spoon sugar – raked in a 25% increase in sales in the 16 weeks to 5 January, which analysts said equalled a 9% rise once the impact of new store openings was stripped out.

But not everyone was a winner. Total sales at Homebase, the DIY and homewares chain owned by Argos’s parent Home Retail Group, fell 4.5%. Duddy said it had won market share but underlying sales dipped 3.9% and profit margins slipped as shoppers avoided expensive purchases such as kitchens and bathrooms.

Mothercare reported a 5.9% fall in UK sales in the 13 weeks to 12 January. Chief executive Simon Calver, who joined Mothercare from LoveFilm last April, admitted the mother and baby retailer was being “squeezed in the middle” as supermarkets beat it on price at the bottom end and luxury brands, such as The White Company, stole some high-end customers. He said it would take three years for Mothercare to return to profit as it invests in improving its website, stores and product ranges.