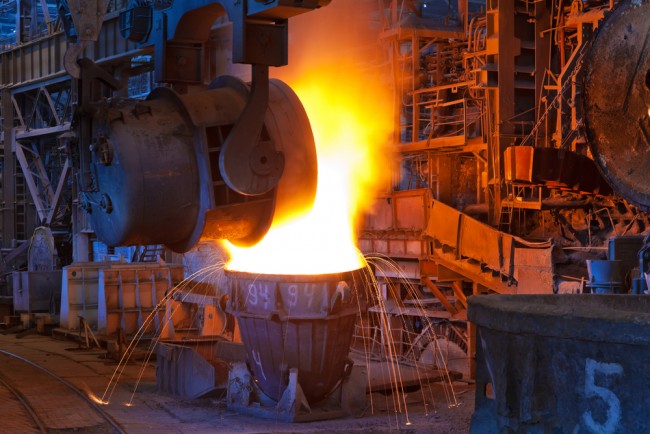 Community, the union which represents steelworkers, is staging an event in London that is due to be attended by staff representing every steel plant in the UK, reports The Telegraph.

The summit comes less than a week after Tata announced plans to sell its UK operations, a move exclusively reported by the Telegraph. The business is losing an estimated £1m a day and has been written off as worthless by the Indian parent company.

Roy Rickhuss, general secretary of Community, said: “This meeting will be a key moment in our campaign. By now, no one underestimates the scale of the challenge we face. We have an entire industry to save and not a lot of time to save it.

“We must also ensure that we hold Tata to a commitment to be a responsible seller and honour its moral and social duties to UK steel communities.”

Britain’s steel industry has been thrown into crisis by a combination of cheap imports from China, falling global demand, high energy prices and a tougher tax regime than many rival nations.

About 15,000 steel-producing jobs and a further 25,000 in the supply chain are under threat in the event that no buyer can be found for Tata’s UK assets.

The Telegraph has previously revealed how Tata’s huge Scunthorpe plant could be bought by investment firm Greybull in a £400m deal that could be announced as soon as Wednesday. Such a  deal would safeguard around 9,000 jobs that are either based at the North Lincolnshire plant or dependent upon it.

The fate of Tata’s giant Port Talbot plant is less certain. Last week the parent company decided against pouring £100m into a turnaround plan as it said it was pulling out of the UK, putting the future of thousands of jobs in south Wales in doubt.

Sanjeev Gupta, executive chairman of commodities firm Liberty House, has indicated he is interested in a deal to buy some of Tata’s assets. He is expected in UK in the next few days to meet with the Government to gauge support for his plan.

In an interview with Bloomberg, Mr Gupta said that Liberty has had some contact with the UK Government about his scheme and how talks progress will become clearer this week. He added that the Government is committed to finding a solution, thought it is not clear what that is.

Business Secretary Sajid Javid – who has been criticised over his response to the steel crisis – has pledged the Government will do “everything we can” to support the industry, which he called “vital” to the country’s economic and national security.

Speaking in BBC interview on Sunday, Mr Javid played down the idea of nationalising the industry, saying state ownership was “rarely the answer” but added it “wouldn’t be prudent to rule anything out”.