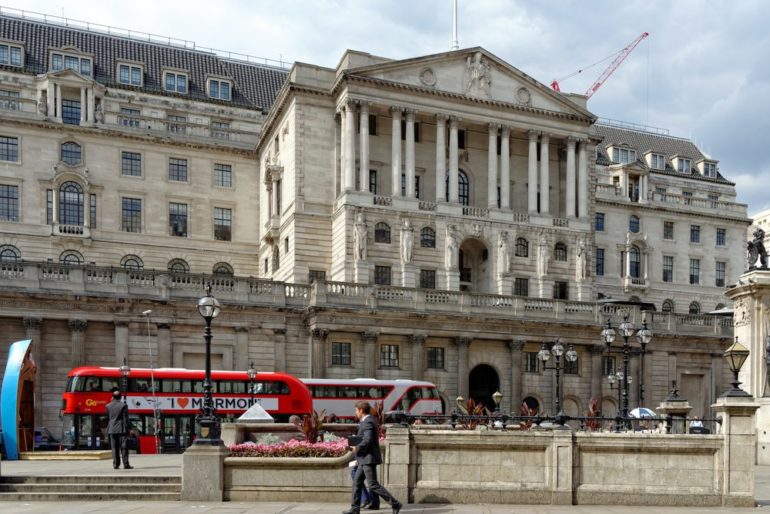 Britain’s banks need to set aside another £116bn in debt that can be “bailed in” should they get into financial trouble in order to avoid a repeat of the costly bail-outs that occurred during the credit crunch in 2008.

The Bank of England today unveiled detailed plans of how it would step in and stabilise failed banks to protect consumer deposits and avoid systemic risks to the financial system, the Telegraph reports.

At the heart of the new regime is a requirement for 28 per cent of the debt that banks issue by 2022 to be the type that can readily ‘bailed in’ – swapped for equity in certain conditions – in order to help boost an institution’s capital position if it gets into trouble.

Most banks are currently just a few percentage points short of the target for debt that can be bailed in, equating to a £116bn shortfall across the whole system. It is expected the bulk of this sum could be raised by reissuing a new kind of debt when old bonds mature between now and the 2022 deadline.

The Bank also laid out its plans to instigate a so-called “resolution process” over the course of a weekend if it thought that one of the UK’s large lenders was likely to go bust.

Under the resolution process, the balance sheet would be stabilised over the weekend to protect depositors and allow the retail bank to function as normal on Monday.

Shares in publicly traded banks would be suspended while the resolution process was conducted, with an independent valuation of the losses. This process could potentially take up to three months.

Once complete the Bank has the power to write down losses before handing management to the enlarged group of equity-holders, who would appoint a new board.

The Bank believes the new system will demonstrate to the market that the Government will not have to step in should a bank hit problems in the future. During the last financial crisis taxpayers had to stump up a £500bn rescue package for the City in order to bail out RBS and Lloyds.

“We didn’t suddenly arrive at RBS, we got there through a series of failures that really damaged trust,” said Sir Jon Cunliffe, deputy governor of the Bank.

“The feeling was: ‘Heads I win, tails the taxpayer loses.’

“The correction could have been done without as much contagion if we’d had resolution plans in place.”

“You have to have enough bail in-able resource, enough there to recapitalise you to our minimum standard so you trade as normal on Monday,” said Sir Jon.

Sir Jon said there were signs that bank investors were now taking the resolution plans seriously. He pointed to the fact that credit rating agencies had started withdrawing what had become known as a “public uplift” – the likelihood of a government bail-out – from their risk calculations.

Meanwhile the value of subordinated debt at big banks – those previously thought “too big to fail” – was coming into line with smaller banks, he said.

The Bank will begin publishing bank resolution strategies for the big lenders, as well as judgments on their progress towards regulatory requirements, from 2019.

Last week, in a speech in Brussels, Sir Jon warned that if banks did not comply with its resolution regime they would be required to ramp up further the amount of capital they hold.