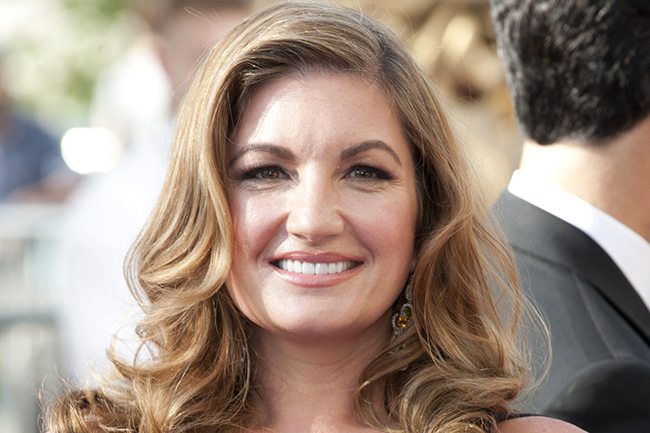 Writing in in The Telegraph Brady says that Britain is just over a month away from a monumental decision. Do we stick to the economic plan that has turned Britain around, or head into chaos with Labour?

I’ve picked my side. I chose the Conservatives because I know they get business. And by ‘get’ I don’t mean profit and turnover; I mean they get that business is not the enemy, it is a force for good – creating jobs and livelihoods. They understand that the vast majority running businesses aren’t fat cats in glass towers, they are people brave enough to leave a regular salary and start up on their own, who take risks, work 60-hour weeks, get up early to do the accounts and carry on working after the kids have gone to bed.

These people are the backbone of the British economy – and that’s why I became a Small Business Ambassador: to fight for them and get stuff done for them.

I criss-cross the country meeting small business people and it’s clear what they need: lower business rates, less red tape, lower taxes when they want to take people on, more money to grow and invest in new kit.

On all these fronts the Conservatives are acting. 385,000 small businesses are now paying no business rates at all. 450,000 – a third of employers – are now not paying National Insurance. Red tape has been cut to the tune of £10 billion. Schemes like the British Business Bank are getting billions of pounds through to small businesses. There are Start-up Loans of up to £25,000 for people who have a great idea but no money to get it off the ground.

So far 27,000 young people have taken up these loans – and as Sir Richard Branson has said, it’s a really exciting thing happening in our country today.

But those who run small businesses need something else as well. They need to know that we are all playing by the same rules. That’s why I’m glad the Conservatives have brought in a new Diverted Profits Tax.

For years, some international companies – particularly in the internet and technology sector – have been using aggressive tax planning to avoid paying tax on their activities in the UK.

Their teams of accountants could come up with incredibly contrived arrangements to get out of paying their fair share, using tax havens, group companies in other countries, loop-holes, you name it. It’s the so-called ‘Double Irish’, and frankly it is double sickening for small businesses who work all the hours God sends to earn a wage and pay their taxes.

Just think about it. We’ve had huge multinationals, turning over millions or billions of pounds – and they’re paying a smaller proportion in tax than the guy who cleans your office windows or the woman who runs the local bakery. It was a disgrace, and Labour – for all their tough talk on big business and entrepreneurs being ‘predators’ – never did anything about this in their 13 years in Government.

To the Conservatives’ credit, they have acted. Last week the Diverted Profits Tax came into force. It means a 25 per cent tax on profits that have been generated by multinationals here in the UK, and then artificially shifted out of the country. That is higher than the 20 per cent corporation tax that companies who play by the rules pay.

And it sends a clear message: if you make a profit here, you will pay your taxes here.
Over the next Parliament, the tax will raise over £1billion. That is obviously good for the Treasury revenues. It’s going to mean more money for schools and hospitals.

But this tax is about more than raising money. It’s about making this a country where we all play by the same rules. Under Labour we had multinationals dodging their tax, bankers paying less in tax than their cleaners, and hardworking people hammered for their efforts – whether it was the sole trader suffocated by regulation or the hard-pressed family paying eye-watering levels of tax. It was a country where those who did the right thing got punished – and Conservatives are trying to change that.

The goal of David Cameron and the Conservatives is to make Britain a country where if you’re a young person leaving school, you’ve got real opportunities before you – an apprenticeship, a job, a business of your own. The dream is a Britain where everyone who’s prepared to work hard can get on and make a good life for themselves.

As the economy continues to thrive, we’re seeing that country being built, bit by bit. More people are striding into work, more families are knowing the security of a wage coming in, many more people are taking that leap and starting a new business – with 760,000 new businesses started since 2010.

This long-term economic plan is creating a new generation of small business owners who through blood, sweat, tears and grit are making Britain great again. That’s why I’m backing the Conservatives – and on May 7th, for the sake of our country, I would encourage you to do the same.