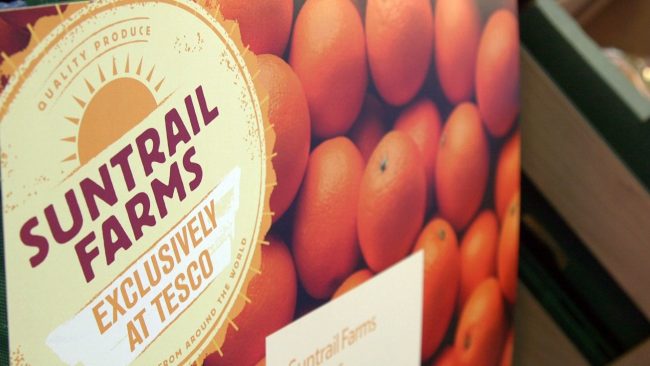 Only in the supermarket sector is a 0.4 per cent fall in sales seen as something to celebrate, reports The Independent.

But in the face of the continuing rise of Aldi and Lidl, that figure actually looks pretty good on Tesco.

It covers sales for the 12 weeks ending 14 August as recorded by Kantar Worldpanel, which monitors the household grocery purchasing habits of 30,000 demographically representative households in Great Britain.

Retailers often pooh pooh Kantar’s numbers, especially when they’re unflattering, but actually they’re a decent guide to what’s going on in the market. And this time around they show Tesco’s sales declining at the slowest rate for six months.

Fraser McKevitt, head of retail and consumer insight at Kantar, says the retailer could return to growth this year if the trend continues. If chief executive David Lewis and his team can pull that one off it would mark the end of a decline stretching back to March 2015.

The driver for this return to respectability, however, is the less than respectable launch of Tesco’s so called “farm” brands. You can buy Redmere Farms carrots and potatoes, Rosedene Fams blueberries, Woodside Farms unsmoked back bacon and a whole lot more. According to Kantar these brands found their way into fully a quarter of Britain’s shopping baskets during the period under consideration.

The trouble is they’ve caused considerable controversy. The homey sounding names are fictitious, dreamed up by the company’s marketing men and woman. They give the impression that the produce in the packaging comes from local outfits at a time when consumers are looking for local food.

Unfortunately some of the produce is anything but home produced. Take Woodside Farms. The pork products sold under its name were the subject of a complaint to Trading Standards by the National Farmers Union.

Fuelling your sales by misleading your customers is a dangerous strategy to embark upon, and it could easily rebound if there is a significant backlash. It also isn’t terribly clever when you’re trying to improve relations with your (bruised) suppliers. As the NFU’s unhappiness shows.

Tesco is hardly alone in making use of the tactic, but it is arguably the most visible exponent of it.

The grocer has been doing other things to pep up performance such as improving customer service and keeping its prices low. It’s just a shame that it has found it necessary to combine these laudable initiatives with the cynical marketing that brought Rosewoodenemere Farms to the world.

Perhaps we should be careful about calling the end of Tesco’s decline for now, particularly in the face of the continuing charge of German discount duo.

Aldi, showing the sort of chutzpah it has become renowned for, was quick to promise that its fake farms will only serve up British produce by the end off the year.

The impact it and Lidl have had is still disproportionate compared to their size. Combined, the pair boast a market share of just 10.7 per cent.

Big retailers like Tesco expect they will eventually find some sort of equilibrium with the upstart pair, and that’s probably true if the UK market follows a similar pattern to others in which they’ve planted their flags. But given they’ve collared up to 40 per cent in some places, there’s an awful lot for them to shoot for, with or without fake farms.