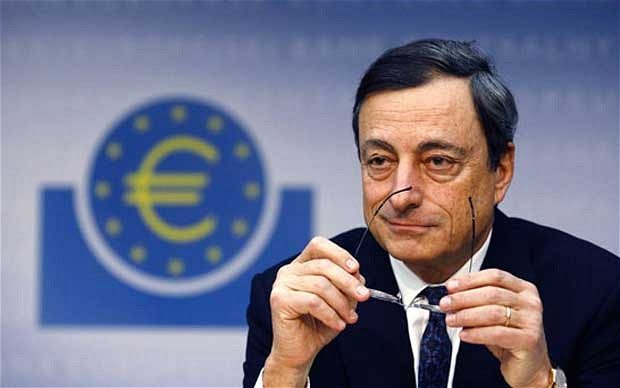 The president of the European Central Bank said the action, called Outright Monetary Transactions (OMTs), would “enable us to address severe distortions in government bond markets” and provide a “fully effective backstop to avoid destructive scenarios”. He added: “The euro is irreversible.”

Traders celebrated a break in the deadlock that has gripped eurozone leaders, despite doubts by economists, reports The Telegraph.

Eurozone stock markets rose to a six-month high, led by Spain’s Ibex, which soared 4.9pc, and Italy’s MIB, which closed up 4.3pc. The French CAC rose 3pc; Germany’s Dax ended up 2.9pc, while in London the FTSE climbed 2.1pc. US markets followed suit, with the S&P 500 closing at its highest since January 2008 and Nasdaq ending the session at its highest since December 2000. Spanish, Italian and Portuguese borrowing costs were pulled sharply lower.

“The framework announced [by the ECB] creates a substantial and credible firewall… this is a game-changer,” Marco Valli, chief eurozone economist at Unicredit, told reporters.
But Karen Woodman, economist at Jefferies, said: “For all of Draghi’s efforts we still don’t really understand how the OMT will differ from the failed Securities Market Programme.”

Mr Draghi said OMT was “very different”: he confirmed the new programme would be unlimited in the amount of bonds it could buy; the ECB would renounce its seniority and be on a par with other creditors; and the bond buying would be “sterilised” by taking an equivalent of money out of the system elsewhere. Addressing German concerns, he said: “We are sure we are acting within our mandate. Action in the primary market would be a violation, not [in the] secondary market.”

But Mr Draghi said the decision by the ECB’s governing council to unleash OMT had not been unanimous. He faced “one dissenting view”, later revealed to be Jens Weidmann, head of the Bundesbank, but said that both he and the bank were “independent”. “I am who I am,” he said