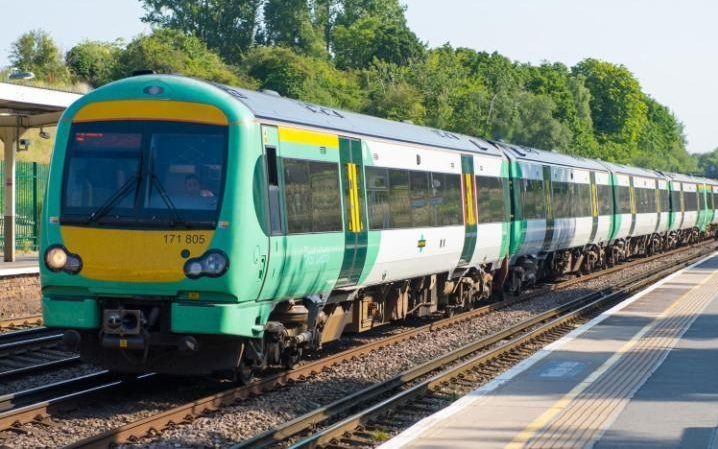 Commuters on the troubled Southern rail network are raising money for legal action against the Department for Transport over its handling of the franchise, reports The Guardian.

Passengers have faced months of delays, cancellations and strikes as the rail company has faced off against the RMT union in a dispute over the role of conductors, as well as handling disruption during the renovation of London Bridge station.

On Monday the Association of British Commuters, a campaign group that has emerged in response to Southern’s performance, launched a crowdfunding initiative to raise £25,000. They say this would cover the legal costs of the initial stages of a judicial review into the government’s handling of the crisis.

The organisers write that Southern’s performance has become a “daily catastrophe” and they are concerned about passenger safety because of overcrowding and delays. “It’s no longer a question of if someone gets hurt, it’s more a question of when,” they write.

Emily Yates, a writer from Brighton and one of the organisers, told the Guardian legal action was a last resort. “We feel like every single avenue of communication with the Department for Transport has been exhausted and ignored,” she said. “We’ve had no responses to any of our campaign.”

She said commuters had faced “scandalous” levels of service. “The relationship between the Department for Transport and the franchise holder needs to be looked into … You can’t imagine a situation where a franchise is failing this badly and being propped up,” said Yates.

Legal action would force the government to release information that was “currently concealed from us”, she said, such as the contract between the Department for Transport and Govia Thameslink, which operates Southern. “They will not consent to any transparency and accountability, and won’t engage,” Yates said. “This is the only avenue open to us.”

The appeal had raised £825 by Monday lunchtime, with an initial target of £10,000 to scope out the most promising approaches.

A spokesman for the Department for Transport said it would be inappropriate to comment on potential legal action and declined to discuss the issue further.

This week more than 100 Southern train services resumed after they had been cancelled since July as part of an emergency timetable, the transport minister, Paul Maynard, told parliament. But most of the 341 cancelled services have not yet been reinstated.

More disruption lies ahead for commuters this week as RMT members plan a fresh 48-hour strike starting on Wednesday over proposals by Govia Thameslink to change the role of conductors.

A spokesman for Southern said: “We have every sympathy for passengers who are being very patient in the face of this unwarranted and futile disruption caused by the RMT union. We share their frustration and all our efforts are focused on returning a normal service, which is why today we have restored over a third of the trains removed temporarily in July.

“Over the coming months we will leave no stone unturned in our efforts to restore the Southern railway. We urge the RMT to join us in that mission, and put passengers first.”

Last week the government announced a £20m fund and a new review board to tackle problems with the service, a day before Go-Ahead, the company that owns Govia Thameslink, announced profits of £100m, a rise of 27% on the year before. Go-Ahead’s chief executive, Dave Brown, said he had waived his bonus and apologised to customers for the disruption they had faced.

James MacColl, the head of campaigns at the Campaign for Better Transport, which has supported the crowdfunding, said: “Passengers are coming together to hold the government to account for its failure to get a grip on its failing franchise.

“The recent announcement of a £20m fund and a project board to consider how to improve Southern services was welcome, though long overdue, but will not solve all the problems. We want to see a similar fund for passengers to compensate them for the disruptions they have suffered so far, and season ticket fares must be frozen so commuters won’t be charged yet more for a beleaguered service.”

Stephen Phipps, chair of the Reigate and Redhill and District Rail Users Association, a longstanding commuter action group, said the problems stemmed from “incompetence” at the Department for Transport rather than failings by Southern.

He said: “We feel it is important for government to be held to account for these problems and this suggestion by Association of British Commuters is a worthwhile attempt to do this. We have managed to secure two parliamentary debates and two formal meetings with ministers but they only return empty promises and no action to resolve the issues. It seems we must take the action into our own hands.”

The ‎RMT general secretary, Mick Cash, said: “The guards action this week on Southern goes ahead as planned. RMT remains available for serious talks but GTR clearly have no interest in resolving the dispute and it is also clear that the government are propping them up financially and politically.

“Just a fraction of the £100m the GTR parent company is hoarding in profits would be enough to keep a guard on the Southern trains, keep the trains safe and resolve the dispute. It is absolutely right to call for the government to intervene and to hold those responsible for this continuing shambles to account.”