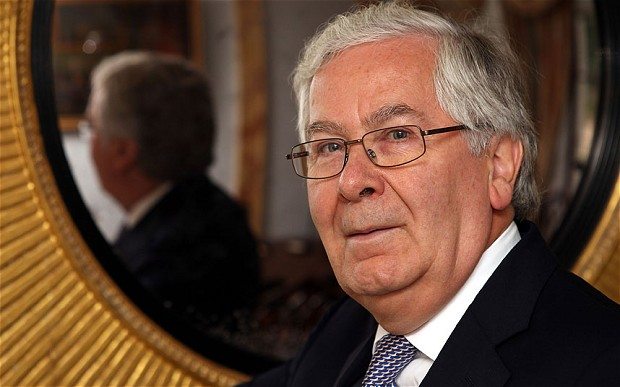 “Whichever crisis we are talking about it is far from over,” Sir Mervyn told an event at the London School of Economics on Monday. “There will surely be many unexpected twists and turns before we can truly say that the crisis is indeed over.”

The Governor, who steps down at the end of June, was joined by several economic heavyweights, including his American counterpart, Ben Bernanke.

The chairman of the Federal Reserve defended the US central bank’s aggressive money printing policy, and argued that America’s loose monetary policy has helped other countries, not hindered them.

The Fed’s asset-purchase programme, aimed at keeping long-term borrowing costs down and lowering the unemployment rate, has been criticised for harming the country’s creditors as the real value of their holdings has decreased, reports The Telegraph.

But the Fed chief, fresh from a grilling from Congress on the potential domestic risks of his quantitative easing measures, countered the rhetoric about “currency wars,” though he did not use the term specifically.

He used Britain as an example of how a falling pound had helped the UK towards a “relatively early recovery from the Depression […] in part because of some rebound in exports,” but also highlighted that many of Britain’s gains resulted in losses for its trading partners “which became less internationally competitive – hence, ‘beggar thy neighbor’.”

He argued that America’s current money printing programme had supported global growth, as inflation had been “generally contained”. Mr Bernanke also said that because many “advanced industrial economies” had adopted loose monetary policy, “one would not expect large and persistent changes in the configuration of exchange rates among these countries.”

“The benefits of monetary accommodation in the advanced economies are not created in any significant way by changes in exchange rates; they come instead from the support for domestic aggregate demand in each country or region,” said Mr Bernanke.

“Moreover, because stronger growth in each economy confers beneficial spillovers to trading partners, these policies are not ‘beggar-thy-neighbor’ but rather are positive-sum, ‘enrich-thy-neighbor’ actions.”

Domestic critics say the US central bank’s vastly expanded balance sheet, now topping $3.1 trillion (£2 trillion), risks future inflation. But Mr Bernanke has noted that inflation is forecast to remain at or below the central bank’s 2 percent target for the foreseeable future.

“We need to keep monetary policy very accommodative,” Mr Dudley told The Economic Club of New York. “I see greater cost and risk in moving prematurely to a policy setting that might not prove sufficiently accommodative to ensure a sustainable, strengthening recovery.”

In some of his most upbeat comments since the crisis, Sir Mervyn King claimed “there is momentum behind the recovery that’s coming” and that “good progress” has been made towards a new, sustainable economy in the last few years.