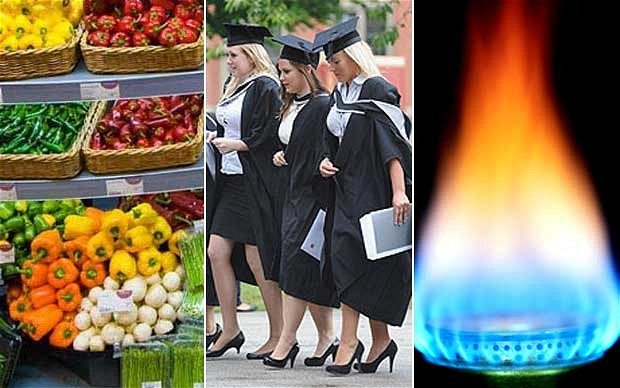 The figures from the Office for National Statistics figures were higher than expected, reports The Telegraph.

Economist had forecast that the consumer price index (CPI) would rise from a 34-month low of 2.2pc in September to between 2.3pc and 2.5pc in October.

A near trebling of university tuition fees after the Government lifted the cap to £9,000 this year has pushed up the latest CPI figure.

Also pushing up inflation were higher food prices, in part due to bad weather raising the cost of potatoes, as well as higher transport costs due to higher second-hand car prices.

The October statistics also included the first of the energy price rises ahead of winter – SSE hit customers with an average 9pc increase on October 15.

However, the full extent of energy price rises by all of the “big six” energy suppliers apart from E.ON will be felt later in the year, with npower and British Gas raising their prices this month.

Inflation has fallen back from a three-year high of 5.2pc in September 2011 but there are fears the rate could reach 3.5pc by the middle of next year.