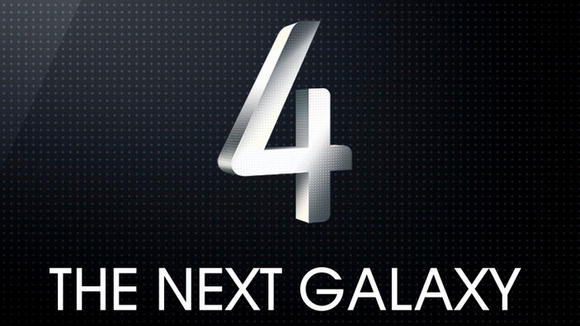 It follows the S3, a handset that has sold more than 40 million units. The Galaxy handsets are seen as the closest competitor to Apple’s iPhone.

Analysts predict software that tracks where users are looking and automatically scrolls down the page as it is read, without it being touched.

There is also expected to be a souped-up camera and processor, reports The BBC.

But crucial to Samsung’s future success, analysts say, is how the South Korean company plans to turn its strong position in the smartphone market into greater success with other devices such as tablets.

Prior to Thursday’s launch in New York, Samsung has unleashed a huge advertising campaign, including a series of videos involving a small boy tasked with looking after a “top secret” box.
“We will see more of a step towards more ‘stickiness’ towards the brand,” Ms Cozza says.

“Already the Galaxy S3 can be seen as an alternative to the iPhone, [but] the integration that Apple offers with iPad is still not matched. Samsung is not there.”

The expectation the S4 will feature eye-tracking capability has been heightened by existing technology in the Galaxy S3 – the phone’s Smart Stay function stops the screen from dimming when somebody is looking at it.

Furthermore, the New York Times notes that Samsung filed for a couple of trademarks this year named “Eye Scroll” and “Eye Pause”.

Analysts also predict the standard array of upgrades – faster processor, better camera – and Ms Cozza predicts we will see something of a small leap in a major area of Samsung’s expertise.

“I would think they will leverage some strength in display,” she says. “Providing something on the display side that is different.”

Supposed leaked images of the phone show a device that is slightly bigger than the S3, but largely the same in appearance.

Another company relying on the S4 to follow successfully in the S3’s footsteps is Google.

Its Android software is used by more smartphone users than’s Apple’s iOS – but makes less money from apps and other related products.

Of the Android crowd, Samsung is streets ahead in market share, making more than 60% of all Android smartphones sold.
Like the S3, the S4 is expected to run on Google’s Android operating system – but analysts are predicting some heavy customisation from Samsung in order to give the device a more distinctive feel and, crucially, set it apart from its competitors’ Android-based handsets.

This is important, says Gartner analyst Roberta Cozza, if Samsung is to gain a higher level of loyalty to its device range.

Unlike with Apple, where a large number of iPhone owners gravitate towards the iPad when they decide to purchase a tablet, the same cannot be said of other brands, where customers more likely to mix and match.