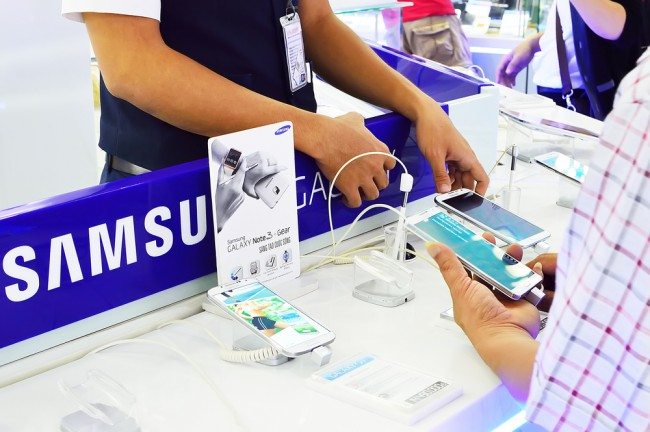 The firm also said it would stop all sales of the phone, reports The BBC.

Samsung recalled 2.5 million phones in September after complaints of exploding batteries, and later insisted that all replaced devices were safe.

But there are now reports that even those phones were catching fire.

A man in Kentucky said he woke up to a bedroom full of smoke from a replaced Note 7, days after a domestic flight in the US was evacuated after a new device started emitting smoke in the cabin.

“Because consumers’ safety remains our top priority, Samsung will ask all carrier and retail partners globally to stop sales and exchanges of the Galaxy Note 7 while the investigation is taking place,” the company said.

“Consumers with either an original Galaxy Note 7 or replacement Galaxy Note 7 device should power down and stop using the device and take advantage of the remedies available,” it added.

As late as Monday evening a spokeswoman insisted the phones were safe to use.

The problems for Samsung come at a crucial time for the firm, technology analyst Andrew Milroy of Frost & Sullivan told the BBC.

“Samsung had been making a comeback against its rivals. This catastrophic product fault will seriously damage its competitive position in the smart phone market,” he said.

Jake Saunders of ABI research said the situation for Samsung was now “very serious” with “the consequences beginning to snowball”.

“The concern now will be the knock-on consequences on the reputation of the brand.”

Consumer tech analyst Caroline Milanesi of Creative Strategies told the BBC that Samsung should “call it a day” on production of the Galaxy Note 7 to limit long-term risk to the brand.

However, South Korea’s finance minister has warned that the country’s exports would be hurt if the phone model is scrapped altogether.

“Right now we can’t tell what the impact will be in the long term. It’s up to the company and the government cannot interfere,” said Yoo Il-ho. “But if they do scrap the model, it will have a negative impact on exports.”