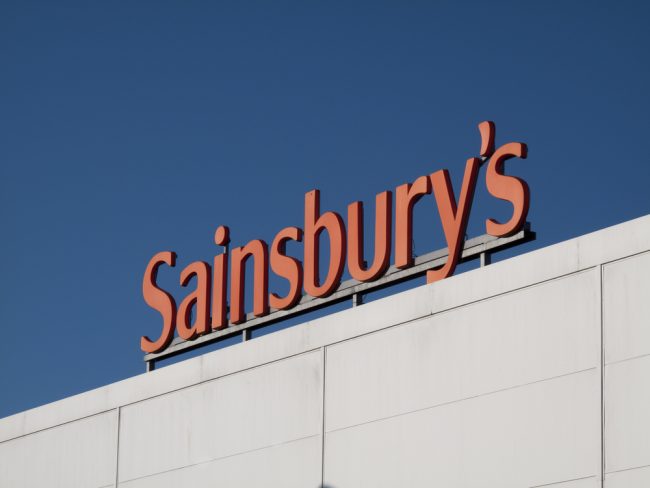 The grocer, which is buying Argos owner Home Retail Group for £1.4bn, has reported a fall in underlying pre-tax profits to £587m from £681m for the year to March 12, which it blamed on falling food prices, reports The Telegraph.

Sales slipped by 1.1pc to £25.8bn as it continued to battle its “Big Four” rivals and sprawling discounters Aldi and Lidl. Like-for-like sales dipped by 0.9 per cent during the year.

On a statutory basis, which includes pension, property and one-off costs, the supermarket swung back into the black, reporting £548m of pre-tax profits, compared to a £72m loss last year.

However, Sainsbury’s has lowered its final dividend from 8.2p to 8.1p, meaning investors’ total pay-out has fallen 8.3pc to 12.1p.

“The market is competitive, and it will remain so for the foreseeable future,” said chief executive Mike Coupe.

“We believe we have the right strategy in place and are taking the right decisions to achieve our vision to be the most trusted retailer where people love to work and shop.”

Investors will be focused on Mr Coupe’s cautionary outlook for the grocery market. Earlier this month, Tesco shares were punished after bearish comments by its boss, Dave Lewis, overshadowed signs of green shoots at Britain’s biggest supermarket.

Sainsbury’s said that the food retail sector had not benefitted from the rise in household incomes as people treated themselves on holidays and eating out instead, and now there were signs of income growth slowing.