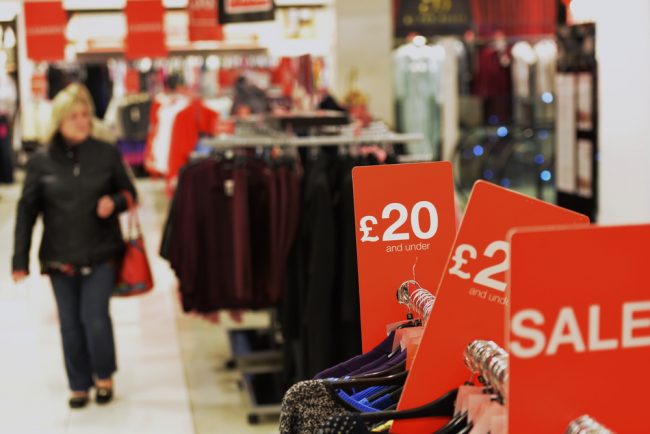 The price of goods in UK shops has now been falling for three years straight, the British Retail Consortium and Nielsen has said.

Shops have been heavily discounting in the battle to keep customers, leading to prices stagnating, reports The Independent.

Helen Dickinson, BRC chief executive, said that retailers were having to invest heavily in digital to reflect the shift to online shopping. This and other Government-led cost pressures were not being reflected in price rises because shops were still competing to keep customers, she said.

“We’ve seen three years of falling shop prices,” Dickinson said. “The 36 consecutive months of price falls is being driven by intense competition across the industry. It has knock-on implications for margins and profitability given the combination of continued investment in digital and rising cost pressures.”

“Ensuring they do not pass on these cost increases, alongside the intensity of competition in the market, are the principal reasons why retailers continue to respond to their customers’ demands for value,” she said.

While the price of food increased slightly in April, shop prices in general fell 1.7 per cent year-on-year, matching March’s decline, but less severe than February’s drop of 2 per cent.

The price of food in the UK marginally increased by 0.1 per cent on April but non-food counteracted these gains, falling by 2.9 per cent.

Mike Watkins, head of retailer and business insight at Nielsen, said that shoppers might see prices falling even further.

“Further discounts may also be necessary on the high street as the cool spring has impacted the sales of many retailers, and an increase in the levels of promotion over the next few weeks to drive footfall is not out of the question,” he said.