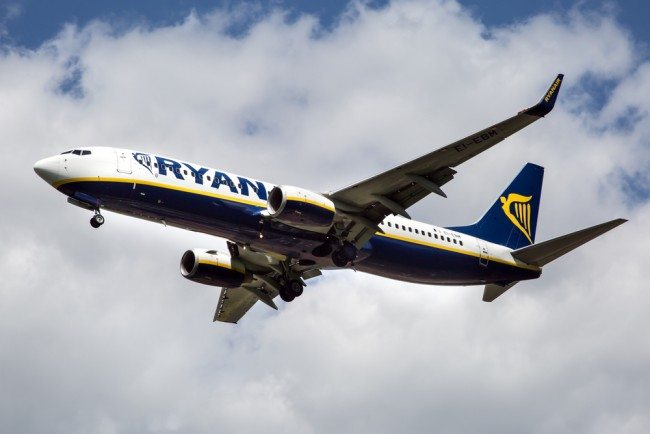 Customer traffic was up 16 per cent on the previous year to 28 million, with low fares and a more generous luggage policy proving popular, the Irish company said. Ryanair expects passenger numbers to rise to 103 million this year.

The Telegraph reports that the company had previously indicated that full-year net profit would be in the range of €940m to €970m. It said on Monday it was “too early in the year to alter our full-year profit guidance”, but the better-than-expected figures would “push it towards the upper end of our previously guided range”.

Ryanair said it remained “very cautious about weaker prices and yields this winter” as competitors could respond aggressively with their fares, taking advantage of lower oil prices.

Ryanair CEO Michael O’Leary said: “We are pleased to report strong growth in traffic and profits in Q1. Our mix of low fares, best on time performance – 91pc in the first quarter – and enhanced customer experience under our ‘Always Getting Better’ programme, continues to attract millions of new customers.

“At the same time our focus on cost – first-quarter unit costs fell 7 per cent – enables us to pass on lower fares to customers.

“Q1 average fare fell 4 per cent to just €45, due to the timing of Easter, weaker April yields and lower checked bag penetration as more families and business customers enjoy discounts on their luggage or benefit from our free second carry-on bag policy.”

Earlier this month Ryanair’s board accepted an offer from British Airways owner International Airlines Group for its 29.8 per cent share in Aer Lingus. Ryanair said it was now focusing on extending its flights to new airports and routes.

The airline has plans to start flights later this year to and from Eilat Ovda Airport in Israel – the 31st country to be served by Ryanair.