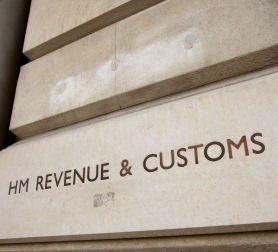 HM Revenue & Customs is to write to some of Britain’s wealthiest bankers, hedge fund managers and celebrities offering a chance to settle income tax avoidance schemes estimated to have sheltered more than £3.5bn through film financing structures and other tax-motivated partnerships, reports The Guardian.

It is unclear how generous the settlement offer will be, but HRMC insisted such an approach was “the best opportunity to resolve these disputes in a way which was cost-effective and consistent with the law”.

HMRC vowed that those who did not take up the offer would risk “accelerated disputes into litigation”.

Among those to have participated in tax-efficient film partnership schemes organised by Soho-based Ingenious Media – one of the largest film partnership firms – are footballers Steven Gerrard and Wayne Rooney; business figures Sir James Dyson and Lord Hollick; and pop stars Peter Gabriel and Robbie Williams. Ingenious is to go before a tax tribunal next year to clarify the scheme’s status.

Many partnerships are registered in Jersey ensuring the names of high-profile investors are not disclosed.

“We welcome the opportunity this gives us to finally bring the matter before the tribunal where we will have our case heard by an independent assessor,” Ingenious said this month, denying it facilitates tax avoidance of any kind.Such partnerships helped fund films such as Shaun of the Dead, Die Hard 4 and Avatar.

Jason Collins, head of tax at the international law firm Pinsent Masons, said HMRC’s decision to offer settlements was a pragmatic move that could “clear the enormous backlog of tax schemes, many of which are a decade or more old”.

Typically, film partnership schemes are structured to allow investors to delay tax payments on investments over long periods of time. In many cases the financial gain from this delay can exceed the end tax liability.

HMRC’s move to offer settlements comes three years after a partial amnesty was offered to UK tax evaders hiding assets in Liechtenstein. They were lured into settlements with generous terms including cutting fines by 90% and capping the lost interest clawed back by the Exchequer.

Tax experts were quick to speculate that the latest HMRC offer to investors in complex film investments and other partnerships would have to offer similarly favourable settlement terms to receive widespread take-up. HMRC has given no detail of the terms and would probably face considerable criticism if they are deemed too generous.

Ingenious’ founder, and chief executive, McKenna, was among those questioned this month by parliament’s public accounts committee, which has been taking a broad look at firms it believes to be most aggressively involved in tax avoidance.

The committee chairman, Margaret Hodge, described the schemes as “immoral”, and dismissed McKenna’s claims not to be involved in tax avoidance.

She said: “For heaven’s sake, Mr McKenna, have a little bit of common sense. I was involved, as culture minister, in that film tax. I was involved in trying to encourage a lot of film production here in the UK, and it was the most disappointing thing, particularly from a company such as yours that pretended to be at the heart of supporting the creative industry … Actually you were exploiting a well-intentioned tax relief to try to get individuals, and god knows who else, to mitigate their taxes.”

McKenna said this was not correct.