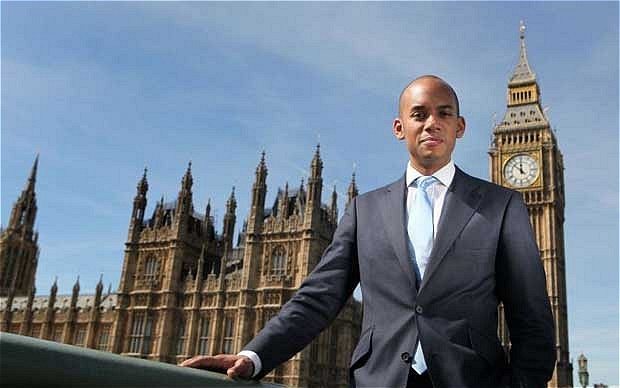 Mr Umunna joined finance experts in warning that the scheme, which the Government claims could open up £20bn of cheaper financing for small businesses, “could compound the view that slow payment to suppliers is acceptable”.

Mr Umunna added that, although he had no objection to the idea “in principle”, it would be “redundant if large companies paid their bills on time”.

“I think late payment by large companies to SME suppliers is a complete outrage and a national scandal. By not paying on time, large firms are forcing small companies to bankroll them – it’s indefensible and it has got to end.”

On Tuesday, David Cameron announced that 36 firms including Tesco and BT are considering joining the likes of Rolls-Royce and Vodafone in providing a scheme which allows their suppliers to have invoices paid in advance.

Supply-chain finance, which is sometimes known as “reverse factoring”, allows big businesses to notify a bank as soon as a supplier’s invoice has been approved. The bank, armed with the assurance the bill will be paid, will then extend a full, immediate advance of the bill to the supplier at a low interest rate.

The Prime Minister hailed the technique as “win-win” because large companies get greater protection from small suppliers going bust, while the small business avoids having to wait for payment and, since the invoice is approved, avoids any risk of non-payment.
However, experts have warned that large companies will further extend their payment terms as a result, potentially affecting suppliers outside the agreement and exacerbating an existing culture of slow and late payment. Janet Barton, a credit controller who helps small companies with cash flow worries, said: “I have no idea why the Prime Minister thinks this is such a good idea. The large companies get to hold on to their money. The banks get to charge interest. The [small] supplier gets to pay interest on money that they should be able to expect in full anyway direct from their customer, without any interference from the bank.

“Why can’t the big businesses be told to pay their suppliers on 30 days instead of grabbing 90 plus?”

Philip King, chief executive of the Institute of Credit Management, said supply-chain finance “has its place”, but added: “The risk is that large customers will be able to dictate longer payment terms justified on the basis that they have an arrangement whereby the SME can be paid faster. But that, of course, will cost the SME interest, which flies in the face of the culture we want to see, where payment terms are set fairly, and adhered to, in a climate where paying on time is the norm rather than the exception. My preference would be that people just paid on time.”

However, Stephen Pegge, head of SME Markets at Lloyds, supported the expansion of supply-chain finance.

“This has real potential to ease cashflow constraints further down supply chains. It should also be possible for mid-tier suppliers to provide these facilities for their suppliers, in turn.”

A source at another high-street bank admitted that the use of supply-chain finance normally sees large companies extend payment terms – and that the cost would be about the same as small companies relying on their own funding arrangements.

“Say you pay 8pc to fund yourself and you get paid on 30 days. With this you will pay 2pc [because the credit risk is with the giant company] but payment could take 120 days. It’s about the same price, but with the advantage that you’re using someone else’s credit line.”
He said it “benefits both parties but the question would be, what happens to the guys in the supply chain that aren’t involved?”.

Chuka Umunna has accused FTSE 100 firms who have refused to sign up to a commitment to pay suppliers on time of “anti-business behaviour”.

“We can’t have a situation where companies are touting the supposed good things they’re doing in society at the same time as treating suppliers badly – it’s the ultimate in anti-business behaviour,” the shadow business secretary told The Daily Telegraph.

Labour MP Debbie Abrahams recently wrote to 75 FTSE 100 members that haven’t signed up to the Prompt Payment Code (PPC), a voluntary agreement to promote good payment practices. Four said they would not sign the code, one sent a “holding letter” that was not followed up and 60 didn’t respond.

Mr Umunna said: “It’s not onerous – I can’t think of a defensible reason for not signing up. Late payment is at least as important as an issue for small firms as bank lending. It will hold back growth if it continues.”

He said that he has “grave concerns” that giant Government contractors aren’t honouring contractual obligations to pass on prompt payment to suppliers.

“We should also look at whether Government procures services from companies that engage in indefensible practices.”

He added that large companies should be obliged to provide details of payment policies to suppliers as part of their reporting requirements.

Labour is attempting to secure a House of Commons debate on the issue, he added.
Small companies are waiting on around £35bn in inpaid bills, research has found, with large firms typically to blame.