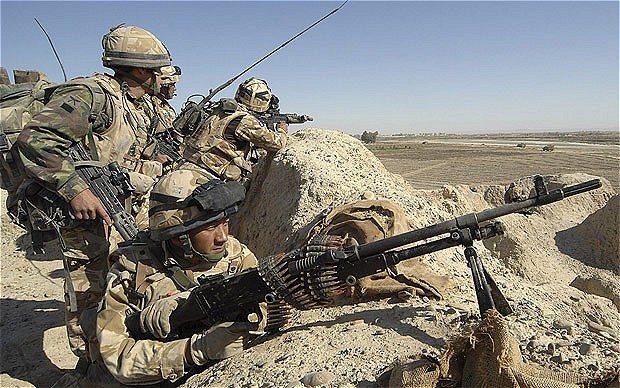 Reboot Ventures will invest between £500,000 and £5m in companies established by “commercially experienced ex-military entrepreneurs”, reports The Telegraph.

Its founder, Stuart Nicol, said the venture capital firm will back former services personnel who may struggle to get investment from more conventional sources of finance and support an untapped source of enterprising talent.

“We believe that there is a mismatch between the economic capacity of a large number of ex-military people and the employment they undertake in their civilian careers. Many of those who leave the Armed Forces are better suited to being entrepreneurs than they are to being employees,” he said.

Mr Nicol, who recently left his role as a director at venture capital firm Octopus Investments, said qualities such as “integrity, energy, passion, leadership skills, adaptability and determination” honed in the armed forces would stand would-be entrepreneurs in good stead.

The former Argyll and Sutherland Highlanders infantry officer is currently raising an initial £500,000 to establish a Venture Capital Trust, and has secured pledges from entrepreneurs including David Williams, founder of Aim-listed satellite business Avanti.

Mr Nicol then hopes to raise around £50m for the fund from retail investors. Reboot would provide a “win-win situation for individuals and their country”, he said. The new fund will be a partner organisation of Heropreneurs, a charity which helps servicemen and women start businesses when they leave the Armed Forces.

Heropreneurs was founded by Richard Morris, who is working to set up a lending “bank” for veterans. He is also campaigning for councils to create banks for businesses.

He said local authorities, which do not need Financial Services Authority approval to make loans or accept deposits, are “in a good position to appreciate the credit needs of their local community” in a way modern banks cannot. He launched the campaign because of the difficulties many of the former services personnel that Heropreneurs works with have in getting loans for their businesses.