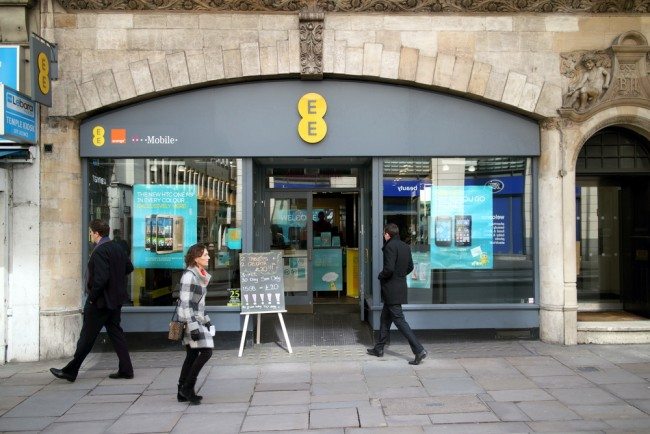 The penalty against EE is one of the largest that the telecoms regulator has meted out and is a clear signal from Sharon White, who took over as chief executive this year, that companies have to raise their games when dealing with frustrated customers, reports The Times.

The size of the fine is proportionate to EE’s 27 million customers. It is four times higher than the £250,000 Ofcom ordered Three to pay last year over its customer service issues. Vodafone is next in line, with Ofcom having begun an investigation into its customer service record this year.

EE has been punished for not handling complaints appropriately in 2011 and 2014, when its staff failed to inform customers that they could take complaints free of charge to the Communications and Internet Services Adjudication Scheme.

It was also found not to have written to customers in a “deadlock” over a complaint informing them of their options within the timeline required.

Olaf Swantee, the chief executive of EE, said that the company had worked hard to improve its customer service performance by bringing work back from overseas with 1,000 new jobs created in Derby and Northern Ireland in the past year.

It has also spent £50 million on its IT systems in the past 18 months and says that the number of times that customers, on average, have to call the network has fallen to three times a year. He also noted that the number of complaints in its mobile business halved last year.

Mr Swantee acknowledged that the Ofcom fine showed that EE still had work to do. “Even one complaint is one too many,” he said.

He criticised the company’s outsourcing providers, including Capita, for some of the problems and called on BT, which is buying EE, to consider its options. “We’re asking BT to review partners, like Capita, as their handling of our customers simply isn’t good enough,” he said.

EE, which also trades as Orange and T-Mobile, has improved its performance since 2013, when it was the worst-performing operator, although the number of issues raised by its customers remains above the industry average.