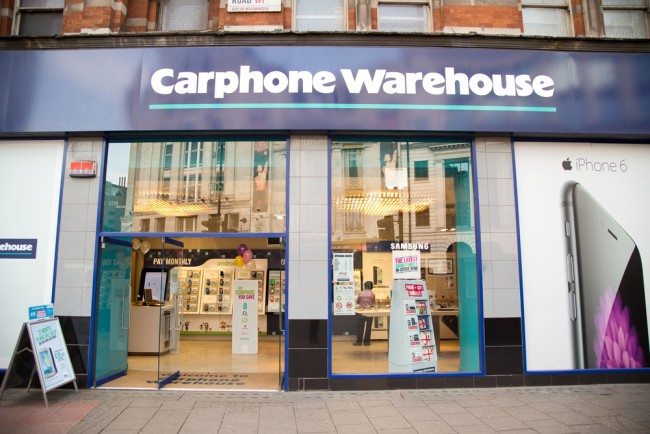 It is the first significant contract for the British retailer since it was formed last year through the £3.7 billion merger of Dixons and Carphone Warehouse.

The Times reports that it will begin to work with the third-largest US mobile phone company on 20 stores, which it will manage on behalf of the network.

If successful, the pilot will be expanded to 500 stores in which Dixons Carphone will hold a 50 per cent stake. It is the most ambitious foray by a British retailer into the US since Tesco closed its Fresh & Easy stores at a cost of £1.2 billion two years ago.

Dixons is investing £20 million in the trial. Store openings will initially be concentrated in Miami and Chicago.

The move represents a second foray into the US for the group, which formed a partnership with Best Buy in 2008.

That deal, led by Andrew Harrison, who is now deputy chairman of Dixons Carphone, yielded big benefits for the mobile phone retailer, which eventually sold its share of Best Buy Mobile US to the company for £838 million.

The success of the US venture was obscured by the failure of Best Buy’s push into Europe alongside Carphone, which ended with the US group closing its “big box” stores in 2011.

The failure was humiliating for Carphone Warehouse but paved the way for the merger with Dixons as the relationship with Best Buy dissolved.

Dixons also has American skeletons in its closet courtesy of the botched acquisition of Silo, a Philadelphian retailer, in 1987 — a deal that was quickly unwound.

Mr Harrison moved to allay fears that the tie-up with Sprint could fail in the way of so many British ventures into the US retail sector.

“One thing we learnt is you do this by partnership, rather than going it alone,” he said. “We would have been completely crushed if we had just opened 500 Carphone stores, rather than partnering with Best Buy. It is hard to grow greenfield retail within that continent.”

Sprint has 3,800 US stores after it doubled its retail footprint by taking over a large part of RadioShack’s estate when the electronics retailer collapsed in February. Mr Harrison believes that the Dixons Carphone deal could awaken what he called a “sleeping giant” in US telecoms. Carphone’s Connected World Services division already operates stores on behalf of Samsung and also works with Apple in retail and believes that it can help Sprint to stand out in a crowded market.

Carphone has been reducing its overseas businesses in favour of partnerships with local retailers. The Sprint deal could boost its reputation with other mobile phone networks that want to expand their high street presence.

Sprint, which has 60 million customers, has been the subject of significant speculation over its future in the US telecoms sector after attempts to merge the company with T-Mobile USA were aborted last year.

The network’s Japanese owners installed Marcelo Claure, an American-Bolivian billionaire who is a business partner of David Beckham, as chief executive last year to improve its performance as a stand-alone business.

Although it is more than twice the size of EE, Britain’s largest mobile phone company, Sprint is one of the smaller players in the US compared with the industry titans AT&T and Verizon Wireless.