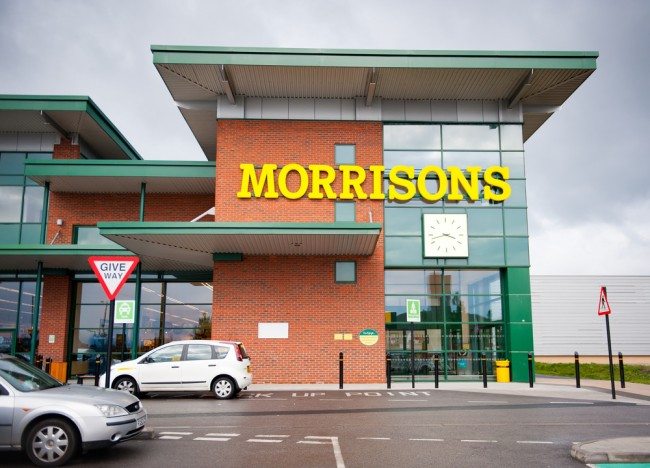 A government-backed code prohibits one-off demands and states that supermarkets must not “vary any supply agreement retrospectively”, except in very specific circumstances.

An internal email from Morrisons’ legal team, seen by the Guardian, also tells buyers to get advice on how to continue to demand one-off payments from suppliers but satisfy regulators.

Last week, the grocery watchdog said it had demanded an explanation from the supermarket after a letter sent to suppliers, revealed by the Guardian, demanded “a lump sum payment” in order to support the retailer’s half year profits. The watchdog said: “At this stage, the GCA has no evidence that Wm Morrison has breached the code.”

The internal email, which was sent last month, comes two years after the appointment of the industry regulator, the grocery code adjudicator.

But the internal email, from a member of Morrisons’ legal team, says: “We have seen a number of requests for H1 [first-half] funding recently that don’t appear to be based upon any existing supplier obligation.”

It goes on to advise buyers to contact them for advice on how to “construct arguments that are credible” in order to continue to demand such payments – meeting the letter of the code but, it could be argued, not the spirit.

Under powers finalised by parliament earlier this year, Christine Tacon now has the power to fine retailers up to 1 per cent of UK annual turnover, if they breach the code. For Morrisons that would amount to £168m.

Morrisons has already fallen foul of the GCA, and the internal email written last month warns buyers, “We are on the GCA’s radar.”

Last year the supermarket was found to have breached the grocery code by overcharging 67 suppliers. In that instance the adjudicator publicised the case as a “case study” and Morrisons reimbursed the suppliers involved.

A survey of suppliers published by the GCA last month, 30 per cent of Morrisons suppliers thought the supermarket rarely complied with the grocery code and a further 2 per cent thought it never did – making it the second worst performer of the ‘big four’ supermarkets behind Tesco.

“Of course, it tells them what they must and must not do and it aims to make sure that they regularly gain advice to help them comply with the Groceries Code.”

Industry experts said Morrisons was not alone in continuing to demand one-off payments from their suppliers. One insider, who works closely with food and drink manufacturers, said three or four of the 10 companies monitored by Tacon were “prolific in making requests” for sums ranging from tens of thousands of pounds to as much as £8m in one case.

He said: “On a monthly or half yearly basis there are demands on the trading floor to deliver profit targets. They have got to deliver the numbers and [on a short time scale] the only way is to make these demands.”

Duncan Swift, a partner at law firm Moore Stephens which acts for suppliers in relation to the grocery code, said: “The fact that this type of behaviour is going on is no surprise to me … Breaches of the code are going on all the time. This is part and parcel of buying teams using the code to their advantage.”

He said the code allowed one-off payments in certain restricted circumstances, for example towards a promotion, and so buyers had learned to couch their demands in those terms.