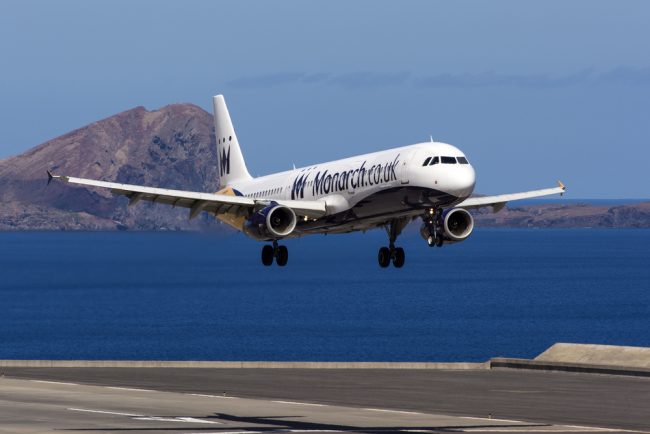 The airline, which was believed to be on the cusp of bankruptcy, has secured its Air Travel Operators’ Licence for another year, in a rescue deal that went down to the wire, reports The Telegraph.

An Atol licence is only awarded to airlines that satisfy the Civil Aviation Authority’s financial health checklist. Monarch announced the renewal on the last day of the 12-day extension it had been awarded.

The £165m lifeline, the biggest investment in Monarch’s 48-year history, will be used to fund 30 new Boeing aircraft.

Monarch’s order for 30 Boeing 737 airliners, with the option of 15 more, is said to be worth around $2bn (£1.54bn) with each plane costing about $50m. The new fleet will be staggered over several years with the first delivery in 2018.

Monarch is in the second year of a turnaround plan under Greybull, which rescued the airline in October 2014, when it pumped in an initial investment of £125m. Greybull has also slashed costs, pulled out of long-haul flights and grounded many of the airline’s older planes.

Like many other airlines, Monarch has faced one of the most difficult travel markets in decades, following a series of terror attacks, Brexit uncertainty and the falling pound. Despite the tough backdrop, it is expected to post pre-tax profits of £40m this year.

Andrew Swaffield, Monarch’s chief executive, had assured staff that the rescue deal would go through, but warned that it would not conclude before the day of the crunch deadline.

Mr Swaffield said today: “It is testament to the extensive effort by all parties, over the past weeks and months, that we are able to announce the largest investment in our 48-year history, as well as the renewal of our Atol licences.

“We are now firmly focused on the future as a stronger Monarch.”