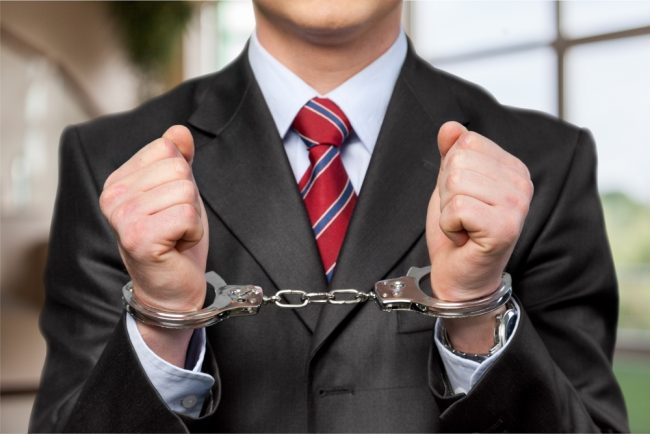 The government is pushing for new laws that could result in senior corporate executives being prosecuted for offences including fraud and money laundering carried out by staff, under an expansion of laws targeting white-collar crime first proposed by David Cameron, reports The Guardian.

The attorney general, Jeremy Wright, said the government was continuing the plan to consult on expanding “failure to prevent” offences – which currently cover only bribery and tax evasion – to a wider range of economic crimes committed by employees, including money laundering and false accounting.

In May, Cameron announced a consultation for a new law to widen the scope for executive responsibility at an anti-corruption summit in London in May.

Writing in the Guardian, Cameron said the new laws would mean “in addition to prosecuting companies that fail to prevent bribery and tax evasion, we will consult on extending the criminal offence of ‘failure to prevent’ to other economic crimes such as fraud and money laundering so that firms are properly held to account for criminal activity that takes place within them.”

Speaking to the Cambridge Symposium on Economic Crime last month, Wright said: “When considering the question: where does the buck stop and who is responsible for economic crime?, it is clear that the answer is to be found at every level, from the boardroom down. Both corporations and individuals are responsible.

“The intention of the government actions I have described is not only to prosecute and to fine for breaches of the law, but to promote a culture of corporate responsibility so that we are addressing the threat earlier on and not just reacting to it through investigation and prosecution.

“A change in culture is something that will take time but the results, as we are already starting to see, will be worth the effort.”

Barry Vitou, partner in fraud and white-collar crime at law firm Pinsent Masons, told the Times: “The present regime makes it practically impossible to hold corporate boards to account for corporate misconduct because evidence of that misconduct must be found at the highest level.

“In practice the evidence trail usually dries much lower down the corporate tree. There is no responsibility for the damage caused by failing to prevent economic crime nor incentives offered which motivate people to do the wrong thing.”

May pledged to challenge corporate culture during her leadership campaign, saying: “It is not anti-business to suggest that big business needs to change.”

May’s other reforms are also expected to include workers’ representatives on company boards and increased transparency on pay, including the publication of “pay multiple” statistics, which show the gap between the pay of the chief executive and the salaries of ordinary employees.