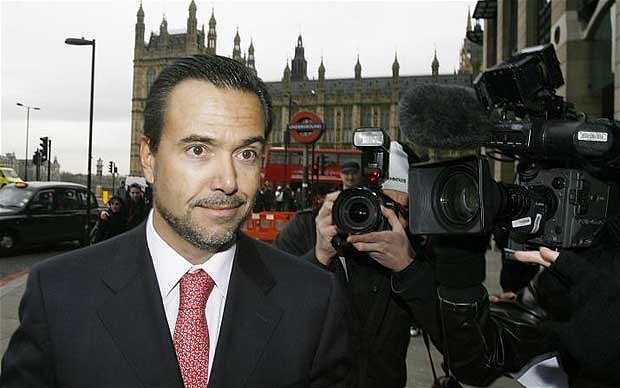 The pair also backed the chancellor’s call for the break-up of banks that did not implement the ring-fence properly.

They used the question-and-answer session to portray the 40%-state-owned bank as in tune with public opinion.

“We are very conscious of the point,,, that as a taxpayer-owned company we should, perhaps more than others, be very much aware of the public sentiment in relation to [bonuses] and we will be,” said Sir Winfried.

Mr Horta-Osorio would not be drawn on whether he himself would receive a bonus this year, saying that it was wrong to speculate on something that had yet to be discussed by the bank’s board.

Two other bank bosses have waived their bonuses this year follow scandals: Antony Jenkins following Barclays’ admission of its involvement in rigging the multi-trillion-dollar Libor interest rate and Royal Bank of Scotland’s Stephen Hester after a massive computer failure caused payments into customers’ accounts to be delayed by several days.

The two Lloyds executives threw weight behind Chancellor George Osborne’s announcement earlier in the day that the forthcoming Banking Reform Bill would “electrify” the ring-fence, as recommended by the banking standards committee.

The ring-fence will require banks to put their High Street banking activities – such as taking deposits and lending to UK businesses – into a separate subsidiary from their riskier investment banking operations.

In contrast to most other bank bosses, Mr Horta-Osorio supported the ring-fence when it was first proposed.

He and Sir Winfried have also now come out in favour of Mr Osborne’s decision to give regulators the power to force a complete separation of any bank that fails to respect the spirit of the ring-fence.

“If we think that for society as a whole it is important to have ring-fencing, both from a financial stability point of view and from a cultural point of view, I absolutely agree it should have strong enforcement and strong incentives in order for this to happen,” said the chief executive.

In doing so, the bank again parts company with its peers, represented by the British Bankers’ Association (BBA), which has opposed the electrification.

“There are two views and one view has been expressed. We have a different view,” said Sir Winfried.