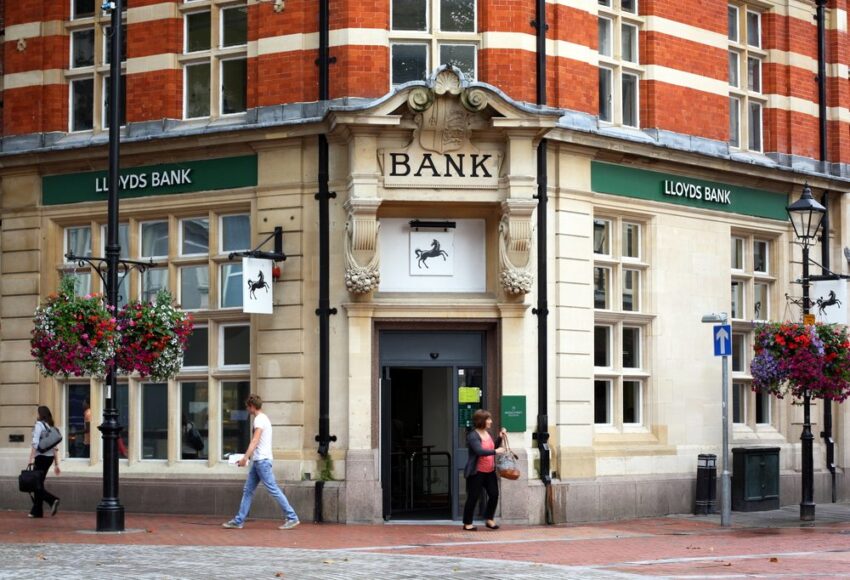 Lloyds hiked its profit forecasts and showed it was ready to become a major dividend payer on Friday, in a pre-election fillip for George Osborne.

Shares in the bank rose by more than 3pc to above 80p, well above the Treasury’s break-even price, in a boost to the Chancellor’s plan for a multi-billion pound share sale to the public, reports The Telegraph.

On Friday, Lloyds said that profit margins this year would be above previous forecasts, after a substantial decline in funding costs. The bank’s capital ratio – a measure of the buffers it has built up to absorb losses – rose substantially, suggesting the bank will be free to pay a healthy dividend at interim results in July.

Shareholders’ welcoming of the results came despite Lloyds’ profits falling as it booked £660m in costs related to the sale of TSB to Spain’s Banco Sabadell.

TSB was spun out of Lloyds and floated last year, and the bank retained a 50 per cent stake before Sabadell came calling with a £1.7bn offer in March.

The bank currently rents its IT systems from Lloyds but they will transfer to the Spanish lender’s platform when the deal completes, triggering a £450m “dowry” payment from Lloyds agreed when TSB was floated. This payment, along with IT licensing fees the bank will no longer see from TSB, triggered the £660m charge realised in Friday’s results.

This sent first-quarter profits falling by 11pc to £1.2bn, despite a healthy improvement in the bank’s underlying performance.

Operating profits were up 21pc year-on-year to £2.2bn, and the net interest margin – the key profit margin on lending for banks – was up from 2.32 per cent to 2.65 per cent. As a result, Lloyds said net interest margins would be higher than the 2.55 per cent it had originally expected.

The capital ratio, which has been built up in recent years at the expense of dividends, rose to 13.4 per cent, well above management targets, suggesting a significant chunk of future profits can be paid out to shareholders. Lloyds said it expects to pay an interim and full-year dividend.

“Today’s results clearly show that management is delivering and we think investors will welcome a very clean set of numbers, given the rest of UK banks sector is still producing very messy results,” said Joseph Dickerson, a banking analyst at Jefferies.

The Treasury is slowly selling down its stake in Lloyds in a “drip-feed” process co-ordinated by Morgan Stanley, which has seen its stake in the bank fall to under 21 per cent in recent months.

Mr Osborne has pledged that a Conservative government would sell £4bn of shares to the public in the first year of a new parliament at a 5 per cent discount, although it will not do so below the Treasury’s 73.6p break-even price, which represents the £20.5bn cost of bailing out Lloyds in 2008.

On Friday, Lloyds shares jumped as much as 3.5 per cent to 80.1p, boosting Mr Osborne’s hope of a successful sale. Analysts see a Labour-led government as a significant risk to Lloyds, with Ed Miliband planning to break up the biggest banks and potentially drive down house prices.