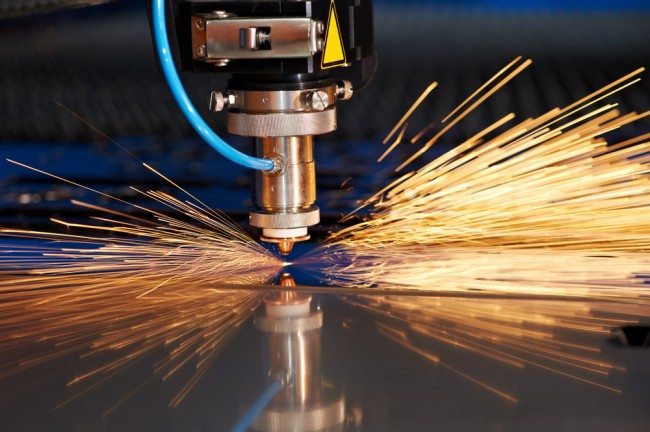 Financial data company Markit said its monthly Purchasing Managers’ Index (PMI) for manufacturing fell to 51.9 in April from 54 in March.

The fall in the index was the biggest since February 2013, although a figure above 50 still indicates expansion, reports The BBC.

Companies said the strength of the pound against the euro was affecting competitiveness in the eurozone.

The survey follows the release of official figures on Tuesday that showed the UK’s economic growth rate halved to 0.3 per cent in the first quarter of the year.

“Any signs of rebalancing the economy towards manufacturing and exports remain frustratingly elusive.”

The survey found that new export orders fell at the fastest rate since January 2013, job creation was “modest”, and manufacturers cut prices at their fastest rate in almost six years.

In recent months, the pound has gained in value against the euro. In March, it was at its highest level compared with the single currency in seven years, making UK goods more expensive in the eurozone.

At the same time, sterling has weakened against the dollar, and the survey said prices paid for goods priced in dollars had risen.

David Tinsley, an economist at UBS, said: “The source of the drop [in the PMI] may be an indicator that the appreciation of sterling against the euro is having an impact on UK manufacturing competitiveness.
“One would hope that as the upswing in the eurozone gains traction demand may begin to compensate for the currency move, but it’s a reminder that monetary policy will need to be sensitive to the pound.”

However, Lee Hopley, chief economist at EEF, the manufacturers’ organisation, said: “It would be premature to write off manufacturing’s contribution to growth in the future, not least because continued employment growth points to some confidence about longer term prospects.”