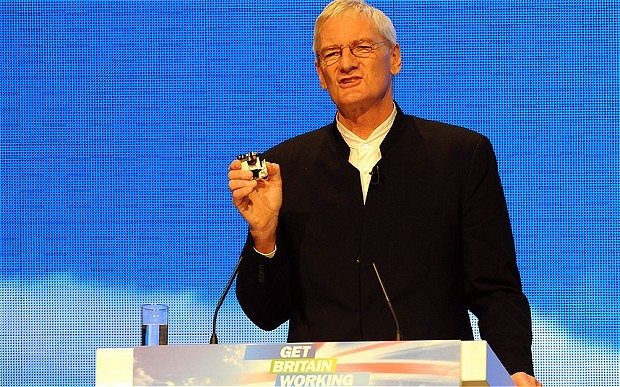 The engineer, most famous for designing the bagless vacuum cleaner, said high costs and an effective bias towards infringers meant inventors and small companies felt unable to enforce their rights, reports The Telegraph.

“The Government must act to simplify the system. Patents are expensive to file in the first place. Then you’ve got renewal fees – there’s no other walk of life where you lose your rights on your work of art if you fail to ‘renew’ it. And then the costs of actually fighting a case are out of this world.”

He said it can easily cost £3m to fight a case in the UK, and “tens of millions of dollars” in the US. “It gets to the point where [a small business] can’t afford to carry on.”

He added that only 18pc of UK legal disputes are won by rights holders. “The system does not support design and patent holders. You don’t bring a case because of the expense and the risk that if you lose, you pay the other side’s costs. The 82pc [that lose legal disputes] have gone to all the trouble and expense of developing the technology and then some company comes along and rides on their coat tails. It’s grossly unfair.”

Sir James suggested elements of the “simpler” German and French patent systems could be adopted in the UK to reduce the length, cost and complexity of cases.

He was speaking as he opened a Dyson “incubator” for design-based start-ups at London’s Royal College of Art. Up to 40 RCA postgraduates will be given subsidised rent and access to mentors to help turn their designs into start-up businesses. An angel fund is also being established to support the fledgling ventures with equity finance.

The incubator will assist the new companies with a £100,000 fund to help with the costs of filing patents to protect their designs.
Sir James added that small businesses “don’t need any help” to export, with the UK’s relatively poor overseas trading performance instead down to a lack of unique intellectual property.

He said the “most important thing is to have something the world wants. Everything else is relatively easy. You don’t really need any help in exporting. We have a wonderful system of embassies around the world. You just go and ask them, ‘how do I sell this here’. That’s how we did a lot of our launches overseas – we had no help from [government export agency] UK Trade & Investment.

“In the past, the UK got away with selling things that weren’t unusual. Now it’s no use trying to export without having something that’s unusual and better.”