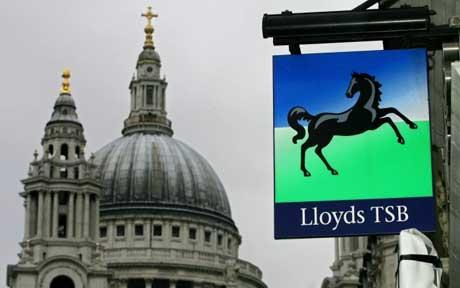 Under the Bank’s funding for lending scheme (FLS), Lloyds will be eligible for at least £22bn of state support to reduce its costs and feed the benefits through to lower rates for customers, reports The Telegraph. Royal Bank of Scotland will qualify for £11bn, Santander £9.5bn, Barclays £9bn, and Nationwide Building Society £7.6bn.

The figures were disclosed by Paul Fisher, the Bank’s executive director of markets, in a speech at Richmond University, London. In his talk, he sought to dismiss concerns that the FLS was little more than a get-rich-quick scheme for the banks.

“I wish to make clear that the FLS has been designed to support the UK economy, not the banks,” he said.

However, he added: “Will the banks make more money as a result of the FLS? Well they should try to! The scheme depends on banks exploiting the opportunity to make more loans and more profitable loans because that is in everyone’s interest. Shareholders should be urging management to take advantage of the opportunity.”

In total, 13 lenders have signed up to the scheme with total qualifying UK loans worth £1.2 trillion – equivalent to 73pc of the UK household and corporate loan stock. “A significant number of other institutions are close to signing up too,” Mr Fisher said. Lloyds has already committed to use the FLS for £1bn.

Under the arrangement, the Bank will provide cheap funding for a sum equivalent to at least 5pc of the stock, or £60bn. Every pound of extra lending above £1.2 trillion will also be eligible for FLS support, with no upper limit.

The idea is for the Bank to replace the dysfunctional money markets, where fears about bank solvency have resurfaced since the euro crisis escalated last year, and provide affordable funding so banks can reduce the cost of borrowing for households and businesses. Cheaper funding should lower borrowing costs and lead to an increase in lending.

Indicating the scale of the bank’s funding problems, Mr Fisher compared recent developments with the aftermath of Lehman Brothers in 2008, when the entire financial system froze and threatened to bring the world to its knees. He said: “A year ago it looked like conditions were starting to revert to those of late 2008.”

Policy interventions eased the problem, but mortgage rates have risen since July 2011 by half a percentage point as a result of the persistent underlying uncertainty, Bank figures show.

Despite the scale of the intervention, Mr Fisher said the FLS may not lead to an increase in lending. “Before its introduction, it was more likely than not that the stock of credit would contract further over the next 18 months. Perhaps it still may. But any return to positive credit growth would be a better outcome than we could have previously hoped for,” he said.

Critics have warned of a lack of demand and a deadweight effect, as banks simply use the cheap funding to provide reduced rates to existing customers rather than increase lending to new customers.

Mr Fisher recognised the risk, saying: “I expect banks’ usage of the scheme to exceed their lending growth. Partly because I know some banks are acting against a base case of contraction. And partly because some of the funding could be used to refinance existing loans at cheaper rates.”

He also said that few small businesses that have been granted loans “have actually complained to me about the price”. Banks may still consider some small businesses to be a bad risk but the FLS “may ‘turn the conversation around’ as banks do more to seek out lending opportunities rather than businesses or home buyers struggling to find accommodating banks”.