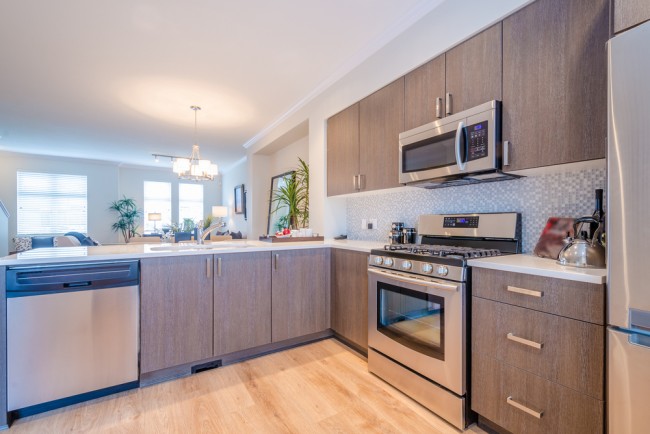 The value of childcare in British homes, washing and feeding families, DIY, cleaning, and collecting children from school contributes to a “home production” economy that is worth more than £1tn , according to official government figures.

But while the value put on informal childcare has soared, British households are doing less cleaning, DIY and gardening, reports The Guardian.

The figures are an extraordinary attempt to quantify the volume of work done in the home – and put a price on what it would cost if that work was paid for. The £1tn figure – for 2014 – compares with the annual £1.8tn for the official economy last year.

The ONS estimated that the total number laundry loads put through Britain’s household washing machines rose from 6.2bn in 2005 to 6.8bn in 2014. If households had to use a launderette and pay someone to do the ironing instead, the cost would be £82.7bn a year. Mind you, the ONS assumes that British people iron only one in 10 of the items they wash.

Even sewing on spare buttons and knitting jumpers comes into the ONS calculations. It estimated that in 2014 the value of “clothing services” performed in the home was around £5.6bn.

Britons spent three hours less cleaning our homes during the year in 2014 compared with a year earlier, and one hour less on gardening and DIY. The ONS cut by £1bn the value it put on these services compared with 2013.

But the ONS said the increase had less to do with an increasing workload of childcare going on in Britain’s homes, than the fact that if families paid for a childminder instead, the hourly costs have risen steeply.

Despite Britain’s ageing population, the ONS said the number of adults relying on relatives for informal care in the home has remained largely static. But the number of hours that each cared-for person needs has risen by 4.2 per cent a year. Adult care was valued at £56.9bn in 2014.

The total £1,018.9bn value put on “home production” in 2014 is equal to 56% of the total output of the British economy in the same year, said the ONS. And while economic growth in the main economy has been sluggish at best over the past decade, the household economy has been growing at more like the rates seen in emerging markets.

Gross value added in the home has gone up by 3.9 per cent a year since 2005, said the ONS, far outpacing growth in the market economy.

The ONS said that although the figures are outside the formal national accounts, what it dubs the “satellite” accounts “are important to gain a deeper understanding of the substitution of activities between the household and the market”.

But it admits that it finds some of the results puzzling, particularly under the “household nutrition” category, where the ONS attempts to put a value on home cooking, shopping, setting the table and washing up.

Over the past decade British waistlines have expanded with obesity reaching crisis levels. Yet the ONS estimates that, in the home at least, the number of calories consumed has been falling.

Another significant change is the value put on “transport services” provided by households. This week record car sales were reported, jumping to more than 500,000 in March alone, yet the number of miles driven by households – to go to work or the shops, collecting children from school, etc – remains significantly below the levels recorded a decade ago.

The ONS said British households drove 172.8bn miles in 2014, which was up from 168.9bn the year before, but down from 178bn in 2006. It attributed the fall to petrol costs and pressure on household budgets after the financial crash.

The latest fall in time spent cleaning, gardening and doing up the house is part of a longer-term trend, said the ONS. Time spent on DIY is down the most – by 20 per cent since 2005. It said that the keenest DIY-ers were younger adults who had just bought a home. But with home ownership falling and people renting for longer, DIY is less popular. It added that an ageing population is also less capable or willing to put up its own shelves and paint its own walls.