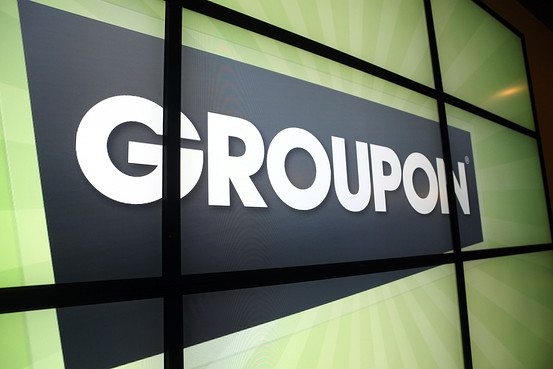 The widely-expected move came after the online voucher firm posted another quarterly loss, prompting a 24% slide in its share price on Thursday, reports The BBC.

Groupon’s shares have lost 77% of their value since the firm was floated on the Nasdaq in November 2011, as investors fear its business model offering bulk discount deals may be unsustainable.

In a note to employees, he said: “After four and a half intense and wonderful years as CEO of Groupon, I’ve decided that I’d like to spend more time with my family. Just kidding – I was fired today. If you’re wondering why… you haven’t been paying attention.”

Speculation has been rife since last year that Mr Mason’s days were numbered, prompting him to state in November that: “If I ever thought I wasn’t the right guy for the job, I’d be the first person to fire myself.”

However, the timing of the move did catch some investors by surprise, who thought the boss would be given until the summer to try to turn things around.

“Groupon is a very large, very complex, multi-faceted global business,” said Tom White, of Macquarie Research. “They are either going to have to find somebody who is a proven executer in handling complex businesses, or maybe this is a signal they are going to simplify.”

Sameet Sinha, of B Riley & Co, said: “Andrew Mason was a young guy. He had never run a company before, and all of a sudden he was running a company which was in almost 50 countries worldwide. It was definitely something that he couldn’t manage. So they had to make that change.”

Late on Thursday, the company revealed that it had made a bigger-than-expected loss for the last three months, and said that revenues during the current quarter would also undershoot expectations.

Many investors have been concerned for some time that Groupon’s customers are tiring of the deals it offers, and that it is facing more competition from other start-ups and from big firms such as Amazon and Google, who have been copying its strategy.