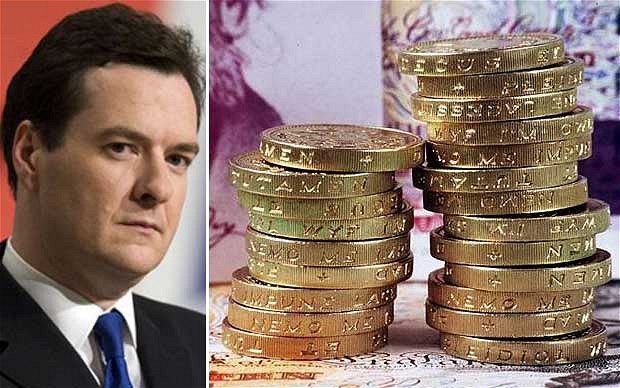 Carl Emmerson, deputy director at the Institute for Fiscal Studies (IFS), warned that the Government’s official forecaster was likely to rule in December that George Osborne would miss his goal of having national debt falling as a proportion of GDP by 2016, reports The Telegraph.

Instead of trying to meet the target by piling on even more austerity, Mr Osborne “should drop the supplementary target in his autumn statement”, Mr Emmerson said. “Rather than rushing to announce a replacement, the Chancellor should instead announce a consultation on the design of a new target to conclude in time for next year’s Budget.”

Mr Emmerson’s proposal comes days after Sir Mervyn King, Governor of the Bank of England, paved the way for the Chancellor to break his pledge on debt reduction by saying that missing the target would be “acceptable” if it were due to the state of world growth. A recent survey by Bloomberg also laid to rest concerns that bondholders would crucify the UK economy by pushing up the cost of government borrowing if the debt rule were missed.

A growing number of economists now believe the Chancellor will break his golden rules on the public finances, due to the economic slowdown. Writing in Public Finance magazine with his colleague, Gemma Tetlow, Mr Emmerson said: “Even at the time of the last Budget there was little more than a 50-50 chance that the Chancellor would meet this [debt reduction] target on current plans.”

Mr Osborne set himself two targets on taking office in 2010 to demonstrate the Government’s commitment to strong public finances – one on annual borrowing and the other on the stock of public debt.

The first was to eliminate the structural deficit on a rolling five-year basis, and the second was to have national debt falling as a proportion of GDP by the 2015-16 financial year. He said at the time that the second goal was needed “to place our fiscal credibility beyond doubt”.

Weak growth, which has knocked borrowing off-track this year as the deficit is currently running about 25pc above target, is making the second rule “problematic”, Mr Emmerson said. He added that while the first rule “has much to commend it… the same is not true of the debt target”.

“Forcing debt to fall between two fixed dates does not ensure long-run sustainability, since it does not constrain the Government from allowing debt to rise inappropriately before or after those dates,” he said. However, he said some kind of supplementary target was needed because the first rule “on its own does not limit the liabilities the Government accumulates”.

“Getting such a target right, and the timescale in which it should be achieved, is more important than having it in place straight away,” Mr Emmerson stressed. “It might also be possible to get a broad political consensus over these issues.”

Treasury officials are believed to be working on plans for a new supplementary target, but no decision has been made to replace the current debt rule in the autumn statement. One possibility would be to revive a version of Gordon Brown’s “sustainable investment rule” – that net debt should not rise above 40 per cent of GDP. The Office for Budget Responsibility’s (OBR) latest forecasts are for debt to peak at 76.3 per cent in 2014-15.

The Chancellor will not receive the OBR’s judgment on whether the target will be hit until a few weeks before the statement, due on December 5.