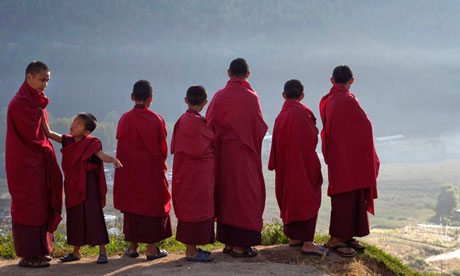 Through a process of institutional borrowing and creative adaptation, successful economic institutions and cutting-edge technologies spread around the world, and thereby boost global growth. Today, too, there are some great opportunities for this kind of “policy arbitrage”, if more countries would only take the time to learn from other countries’ successes.

For example, while many countries are facing a jobs crisis, one part of the capitalist world is doing just fine: northern Europe, including Germany, the Netherlands, and Scandinavia. Germany’s unemployment rate this past summer was around 5.5%, and its youth unemployment rate was around 8% – remarkably low compared with many other high-income economies.

How do northern Europeans do it? All of them use active labour market policies, including flex time, school-to-work apprenticeships (especially Germany), and extensive job training and matching.

Likewise, in an age of chronic budget crises, Germany, Sweden, and Switzerland run near-balanced budgets. All three rely on budget rules that call for cyclically adjusted budget balance. And all three take a basic precaution to keep their entitlement spending under control: a retirement age of at least 65. This keeps costs much lower than in France, and Greece, for example, where the retirement age is 60 or below, and where pension outlays are soaring as a result.

In an age of rising healthcare costs, most high-income countries – Canada, the European Union’s western economies, and Japan – manage to keep their total healthcare costs below 12% of GDP, with excellent health outcomes, while the US spends nearly 18% of GDP, yet with decidedly mediocre health outcomes. And, America’s is the only for-profit health system of the entire bunch. A new report by the US Institute of Medicine has found that America’s for-profit system squanders around $750bn (£464bn), or 5% of GDP, on waste, fraud, duplication, and bureaucracy.

In an age of soaring oil costs, a few countries have made a real difference in energy efficiency. The OECD countries, on average, use 160kg of oil-equivalent energy for every $1,000 of GDP (measured at purchasing power parity). But, in energy-efficient Switzerland, energy use is just 100kg per $1,000 of GDP, and in Demark it is just 110kg, compared with 190 kg in the US.

In an age of climate change, several countries are demonstrating how to move to a low-carbon economy. On average, the rich countries emit 2.3kg of CO2 for every kg of oil-equivalent unit of energy. But France emits just 1.4kg, owing to its success in deploying safe, low-cost nuclear energy.

Sweden, with its hydropower, is even lower, at 0.9kg. And, while Germany is abandoning domestic production of nuclear energy for political reasons, we can bet that it will nonetheless continue to import electricity from France’s nuclear plants.

In an age of intense technological competition, countries that combine public and private research and development (R&D) financing are outpacing the rest. The US continues to excel, with huge recent breakthroughs in Mars exploration and genomics, though it is now imperiling that excellence through budget cuts. Meanwhile, Sweden and South Korea are now excelling economically on the basis of R&D spending of around 3.5% of GDP, while Israel’s R&D outlays stand at a remarkable 4.7% of GDP.

In an age of rising inequality, at least some countries have narrowed their wealth and income gaps. Brazil is the recent pacesetter, markedly expanding public education and systematically attacking remaining pockets of poverty through targeted transfer programmes. As a result, income inequality in Brazil is declining.

And, in an age of pervasive anxiety, Bhutan is asking deep questions about the meaning and nature of happiness itself. In search of a more balanced society that combines economic prosperity, social cohesion, and environmental sustainability, Bhutan famously pursues Gross National Happiness rather than Gross National Product. Many other countries – including the United Kingdom – are now following Bhutan’s lead in surveying their citizenry about life satisfaction.

The countries highest on the ladder of life satisfaction are Denmark, Finland, and Norway. Yet there is hope for those at lower latitudes as well. Tropical Costa Rica also ranks near the top of the happiness league. What we can say is that all of the happiest countries emphasise equality, solidarity, democratic accountability, environmental sustainability, and strong public institutions.

Of course, back in the real world, most countries will not achieve such bliss anytime soon. But, by opening our eyes to policy successes abroad, we would surely speed the path to national improvement in countries around the world.