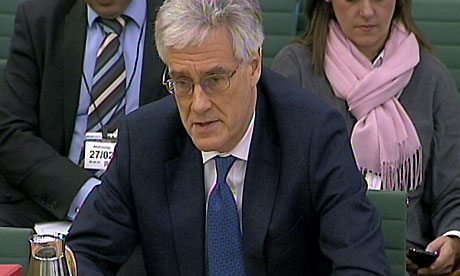 Staff at the chief City regulator should be cleared of negligence despite failing to spot clues that banks were manipulating interest rates to generate millions of pounds in bonuses and profits, an internal report into the Libor rigging scandal has ruled. The Financial Services Authority said staff did not have responsibility for monitoring Libor submissions, which were collected and published by a separate regulator, the British Banking Authority.

An internal audit of 97,000 documents also found that 26 items related to Libor fixing and only two phone calls with Barclays gave a clear indication that the practice was widespread across the industry, reports The Guardian.

The documents referred to artificially lowering the key interbank lending rate, a practice that made banks appear more secure during the financial crisis but also suggested that Libor was being manipulated by traders for profit at other times.

FSA chairman Adair Turner said the audit provided a warning to staff on the need to monitor the conduct of banks alongside measuring the risk they pose to the financial system.

He conceded that the regulator “was too narrowly focused” on the banking crisis to notice that traders were fixing rates.

The report is the third commissioned by Turner into the watchdog’s handling of the financial crisis. Previous reports into the collapse of Northern Rock and Royal Bank of Scotland were sharply critical and resulted in the government opting to scrap the FSA in favour of a new Financial Conduct Authority and a prudential regulator in the Bank of England.

Andrew Tyrie, the Tory MP who heads the Treasury select committee, said the report showed the FSA was slow to act.

“The FSA has admitted it had 26 warnings that this appalling practice was taking place. It also had other information that, taken cumulatively, ought to have set alarm bells ringing.

“It is concerning that no action was taken; that it wasn’t tells us something may have been amiss at the FSA.”

An investigation began in 2008 after an article in the Wall Street Journal alerted the US regulator, the Commodity Futures Trading Commission, to “dislocations” in the way banks submitted the interest rates at which they could borrow from other banks, the so-called interbank rate, though it later emerged that the CFTC and other regulators had ignored warnings.

The London interbank rate (Libor) was collated by the British Bankers Association from submissions by UK banks. Unknown to most people outside a small group in the City, traders would set the rate according to their own requirements.

In the three years before the financial crash it became commonplace for them to lift rates to increase profits and bonuses. Following the collapse of Northern Rock and the onset of the credit crunch, when banks were fearful of lending to each other and Libor was soaring as a result, bank rate setters came under pressure from traders and senior executives to depress rates supplied to the BBA.

Between January 2005 and June 2009, Barclays derivatives traders made 257 requests to fix Libor and Euribor, the eurozone’s equivalent. One Barclays trader told a trader from another bank in relation to three-month dollar Libor: “duuuude… what’s up with ur guys 34.5 3m fix… tell him to get it up!”.

Turner said staff were in a position to piece together the information needed to detect the practice, but were focused at the height of the crisis on the potential bankruptcy of the same institutions. He said unusual interest rate activity in the market also “reflected market conditions, and would have occurred even if lowballing [submitting artificially low rates] had not occurred”.

However, he admitted that taking the information cumulatively, “the likelihood that lowballing was occurring should have been considered. The information received should have been better managed.” Created by Gordon Brown in 2000, the FSA has come under fire for mishandling several financial scandals. Payment protection insurance became a multi-billion pound business before it was effectively stopped in 2007. Initial warnings that banks were misselling PPI were ignored and many people, unable to pay spiralling interest bills, were forced to lose their home.

Turner said: “There are important lessons to be learnt about effective handling of information. A particularly important lesson is the need to have staff focused on conduct issues even when the world rightly assumes that the biggest immediate concerns are prudential; and vice versa. The new ‘twin peaks’ model of regulation will deliver this.”

Northern Rock: The FSA’s review of the bank’s collapse admitted its supervision of Northern Rock in the period leading up to the market instability “was not carried out to a standard that is acceptable”.

Royal Bank of Scotland: The FSA’s report into the failure of RBS said the watchdog’s “overall philosophy and approach was flawed”.

HBOS: The FSA is still working on its report into the failure of HBOS in 2008. Andrew Tyrie, chairman of the Treasury Select Committee, said last week he expects it to be “frank” about what went wrong or “there will be little chance of avoiding a repetition in the future”.

Libor scandal: The FSA was too slow off the mark to identify and prevent Libor rigging. Tuesday’s report said the watchdog “did not respond rapidly to clues that lowballing might be occurring”.

PPI: Warnings that payment protection insurance was a mis-selling scandal in the making were ignored by the FSA. It later resulted in huge fines for banks and costs totalling more than £10bn. The regulator is now carryiong out a “lessons learned” review.

Self-certified mortgages: The so-called liar loans became popular in the runup to the banking crash and accounted for almost 50% of the mortgage market in 2007. The FSA subsequently outlawed them.