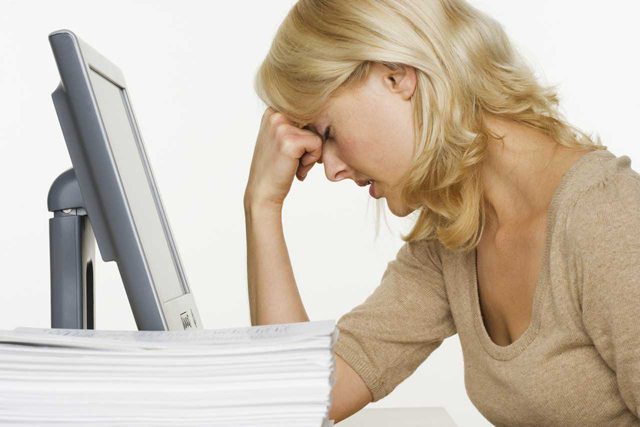 What I am saying is that the word is getting picked up on so much in press and other media that it is in danger of becoming background noise when, in fact, it is a very, very serious problem.

Let me give you a few statistics that will underline my point. According to a Health & Safety Executive (HSE) survey in 2006 the cost to the UK economy caused by stress was £12 billion and that was 2006. A later HSE survey and report stated in 2012 that the average days lost per case of stress was 24 and that 40% of overall absence was elated to stress. To colour the picture in a bit more a Chartered Institute of Personnel and Development (CIPD) survey in 2007stated the average cost of recruiting and training a new employee at £7750. There is no doubt in my mind that an additional cost of stress to the business is higher employee turnover.

These stats alone and my occupation puts me firmly in the camp that believes stress is endemic and we need to develop personal strategies to deal with it.

I often challenge myself and ask myself the question “by talking about stress so much and raising its profile am I not simply making it worse?” It is a perfectly natural response especially from any one who remains in denial about stress and the effect it can have on persona performance and health. For my part denial is simply a way of perpetuating a problem and deepening the issues it can lead me to develop later in life.

Is stress all bad? No it is not. It is well known that a certain level of stress (I think of it as pressure) is a performance enhancer. So what is it that turns pressure=good, into stress=bad? Coming from the personal development background that I do I am very clear that this is linked to my self esteem. If my personal estimation of my own value is not healthy then my ability to deal with pressure is immediately undermined. This in turn affects my ability to self regulate which in turn affects my view of my own self worth. It’s a roundabout that is difficult to jump off.

Before I illustrate the effects of stress let’s look at its origins.

Stress is linked directly to my fight, flight, and freeze response. This is lodged in a part of my brain called the Amygdala (note this is not a Star Wars character) which is just about the oldest part of the evolutionary brain we all have. It was really useful when all I had to think about was survival and especially useful when I was a caveman. When I was a caveman and I spotted a Sabre Toothed Tiger it was essential for me to make an instant decision as to whether I was going fight, run away or freeze and hope he didn’t see me.

For me to make this decision and carry it through, my body developed to key hormones. Firstly, adrenalin which speeds up my responses and gives me my turbo powered acceleration when I want to move quickly. The other is cortisone which has two functions. It is primarily a pain killer and it is also a blood clotting agent. These two qualities are needed if I’m going to get into a fight with the Tiger because I won’t get away without a scratch or two.

Of course, these days the Sabre Toothed Tiger is extinct but that part of my brain that reacts to danger is still alive and continually vigilant. The threats it has learned to react to have developed over time. Instead of wild animals I can now react to simple words such as “we are going to go through a change programme” or “can I have a word with you please”. Words that may not have such an effect if my self esteem was at a healthy level.

When those words are uttered the same hormones get released but they have a different effect now. Firstly if I am a middle aged man or woman carrying a little too much weight and not exercising enough, a blood clotting agent added to my system could be the last thing I need. That’s why stress can be linked to strokes. Secondly the combination of adrenalin and cortisone has a toxic effect on the immune system leading us more open to infections thus HSE linking 40% of overall absence to stress.

That’s the health effects. What about the social and emotional aspects of stress? The link between anger and conflict and stress is very clear. Of course, as I have discussed in other articles most employers value honesty but not anger in the workplace. My core clients will describe feeling stressed and angry at work but feeling unable to express this in the workplace. Subsequently they take it home with them where the boundaries are not so firm and clear, and act out at home towards those that love them enough to put up with being verbally abused.

So whose responsibility is it to manage stress? Is it the employers? Is it the employees? Clearly both parties have a part to play. An employer has a duty of care towards their employees but it is important to acknowledge that in a recession and an ever more competitive world the pressure increases. My own view, which I help employers with, is that it is the employers responsibility to create an environment that allows for the employees to manage their stress. This comes in the form of quiet places for reflection at work, improving facilities for relaxation at work and bringing in the support of professionals such as me. Equally I am firmly of the belief that the greatest stress I suffer is that which I put upon myself. It is my responsibility to manage my relationship with stress.

So what’s the answer in the workplace? It’s complicated. It requires an honest conversation between employers and employees. It requires employers to see what a huge difference dealing with stress can make to their business. I see it as the next big competitive edge. It requires employees to take responsibility for dealing with their stress and not simply denying it. This requires honesty, strength and dedication from both parties. The prize is an emotionally resilient workforce that can adapt to change and take your business into the next stage of its growth and development.