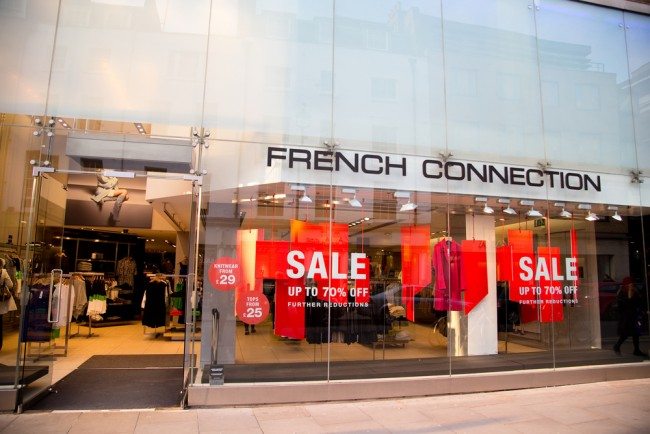 Shares in French Connection have plunged after the loss-making retailer warned it would miss City forecasts, citing tough conditions on the high street, reports The Guardian.

The fashion chain managed to reduce losses to £800,000 in the six months to the end of January, from £4.4m a year earlier. However, like-for-like sales (which exclude new stores) slid 3 per cent in the period. Like other retailers, it blamed unusually warm weather in September and October, which put customers off buying the new autumn and winter ranges.

The company, run by founder Stephen Marks, said the “challenging conditions” on the high street had continued until Easter.

French Connection said: “The first-half retail sales performance is now forecast to be materially lower than expected … The financial performance for the year is now expected to be below the current market expectations.”

The wholesale business, which sells to department stores and other companies in 60 countries around the world, has fared better and is performing in line with expectations, with forward orders up year on year. It accounts for about 40 per cent of revenues.

The retailer, which has no debt, has been closing stores as it tries to turn itself around, and expects to shut seven this year.