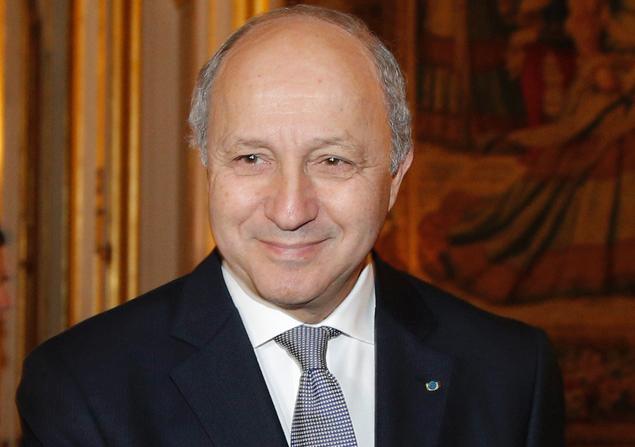 Reacting to David Cameron’s speech on Europe, Laurent Fabius said: “If the UK decides to leave the EU, we will roll out the red carpet to businessmen.”

But business groups in the UK expressed support for Mr Cameron’s speech, reports The BBC.

The prime minister has pledged to hold fresh negotiations and an “in/out” referendum on UK membership of the EU.

“You can’t do Europe a la carte,” Mr Fabius said, responding to the pledges.

“I’ll take an example which our British friends will understand. Let’s imagine Europe is a football club and you join, but once you’re in it you can’t say let’s play rugby.”

But the UK’s biggest business organisation, the CBI, was more supportive.

“The Prime Minister rightly recognised the benefits of retaining membership of what must be a reformed European Union,” said the director general, John Cridland.

“The single market is fundamental to the UK’s success, but closer union of the eurozone is not for us.”

“It was definitely in the direction we’d favour,” he told the BBC.

“It’s about getting the EU to be less bureaucratic, and to stop them shoving some legislation down out throats.”

But Mr Moulton said he was concerned about the uncertain environment for business over the next five years.

“The timescale will be protracted, and the only certainty is that we’ll now have five years of uncertainty. It’s pretty adverse for people investing in the UK that there’s not going to be a decision for five years.”

The speech was also the talk of Davos in Switzerland, where business and political leaders from around the world are gathering for the World Economic Forum.

David Sproul, the UK boss of accountancy firm Deloitte was also critical, citing the years of uncertainty that now lie ahead for foreign investors in the UK.

“The Europe debate does not help to create certainty,” he said.

“When I talk to US clients who have not been immersed in the European debate as we have, they say that what they need is clarity. There is no question it will impact business – it will hit investment into the UK,” he told BBC News at the gathering held annually at the Swiss ski resort.