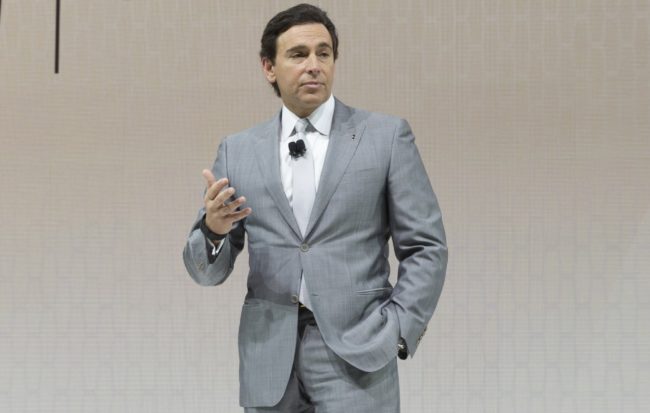 Mark Fields is set to be replaced by another Ford executive, Jim Hackett, with the announcement due today, according to the New York Times.

Hackett oversees the Ford subsidiary that works on driverless cars, City AM reports..

The US car giant’s shares have fallen more than 40 per cent during Field’s three-year tenure and has faced shareholder concerns that the firm has not built on its core auto business and has fallen behind in the race to develop driverless and electric vehicles.

Last month, Tesla overtook both Ford and General Motors in terms of market cap, despite selling a fraction of the cars delivered each year.

Ford said it will offer voluntary retirement and offer financial incentives to some 15,000 workers in an effort to reach the number as part of an “accelerated attack on costs”. The latest cuts will not affect Europe or South America, according to the car firm.

Ford sales fell seven per cent in the US and 11 per cent in Europe in April compared to the same period last year.